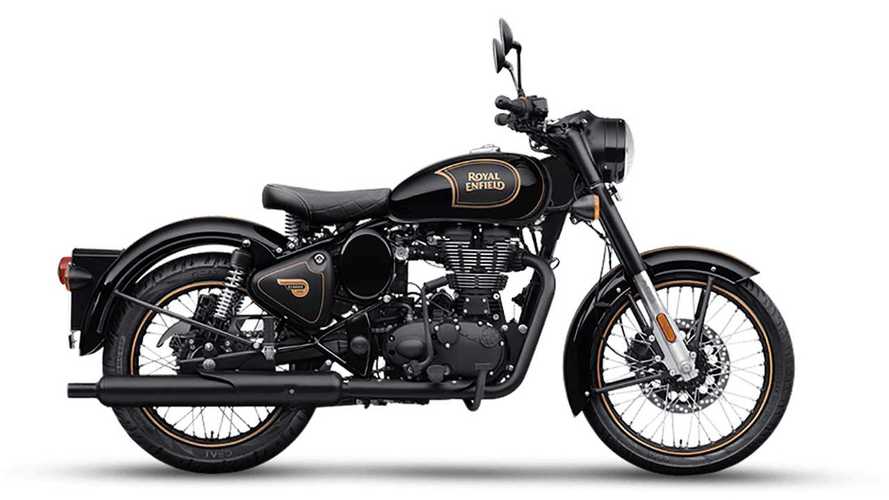 One more for the road.

Royal Enfield recently confirmed that it is discontinuing its range of 500cc models. After March 31, 2020, the Thunderbird and Bullett will be pulled from the showrooms and the Classic 500 expected to follow. As cool as they look, the sales numbers simply didn’t justify the company investing in updating its half-liter engine to make it BS6 compliant. It’s the end of an era for Royal Enfield.  To send the trust 500s off in style, the company is releasing a special edition Classic 500, the last of its kind.

The Indian manufacturer announced the launch of the Classic 500 Tribute Black, an homage to the end of its 500 lineup. As the name suggests, the Tribute Black is a blacked-out version of the Classic. The tank and fenders are clad in glossy black paint with golden accents and badging while the powertrain and exhaust systems are coated in matte black. The model also receives a pair of premium touring leather saddles and a commemorative “end of build” plate.

Because this is a celebration of the end of the 500 era at Royal Enfield’s, the Classic Tribute Black will be the last model to feature the 499cc single-cylinder engine. It produces 27 horsepower and 30 lb-ft of torque.

Each Classic Tribute Black will be made to order and built by hand at Royal Enfield’s Tiruvottiyur factory. Only a limited number of units will be produced, though the company doesn’t confirm exactly how many units that represents.

To get your hands one, you need to register online on the dedicated Royal Enfield website. An online flash sale will take place on February 10, 2020, between 2 pm and 5 pm—India standard time. Sadly, it looks as though the sale will be limited to the local market, only Indian states and addresses can be entered in the registration. Pricing for the Classic 500 Tribute Black is set at Rs 2.49 lakh ($3,499).