Ducati Will Unveil Superleggera V4 Sooner Than You Think 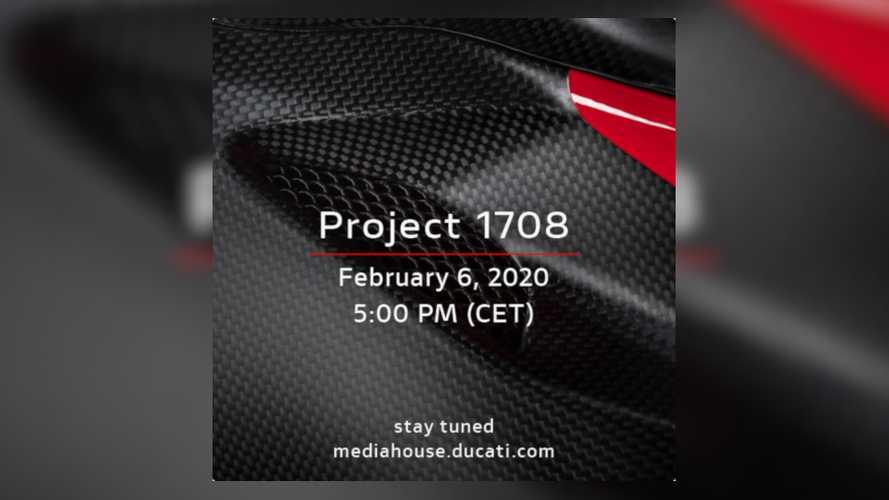 Ducati's sending us this valentine early!

Just how light does something need to be to be called “Superleggera”? As Sabrina already mentioned, the elusive Ducati Project 1708 will have a dry weight of just 335 pounds and will feature a raft of other high-end Ducati design elements, including copious amounts of carbon fiber and titanium. It’s no wonder this thing will cost $100,000 a pop, honestly. Why am I telling you all this stuff you already know if you’ve been paying attention?

Ducati Teases Scrambler 1100 Pro And Sport Pro Ahead Of Reveal

We now have an official unveiling date, and it’s coming a lot sooner than we might have guessed. This Thursday, February 6, 2020, at 5 pm Central European Time (that’s 11 am Eastern Time), we’ll get our first glimpse of the real deal as Ducati finally takes the covers off and stops teasing us (at least, about this particular bike).

That is, after all, what Ducati does. One of the company’s most successful marketing strategies is leaking tiny, tasty morsel of information after tiny, tasty morsel of information about any given upcoming model. Slowly, we all lap them up and share them amongst ourselves, slotting each bit into place reverently as we collectively assemble the puzzle. Only Ducati knows what it’s going to look like at the end, and it’s happy to control exactly how and in what order we put it all together. Somewhere, Claudio is probably smiling down over us all as we try to figure it out.

Will we get to hear the Superleggera? Here’s hoping this reveal will be more than just a beautifully lit static bike. Anyone who says they don’t want to hear that Akrapovič exhaust scream the full-throated scream that only 234 beautiful Italian ponies howling in unison can produce is simply not being honest with themselves. Are you kidding me right now? You know you’ll plug in your best headphones for it, too.

Thursdays usually fly pretty under-the-radar, as days of the week go. We don’t love them like Fridays or hate them like Mondays. This week, Ducati is on a mission to change all that—and indeed, Borgo Panigale has got our attention.