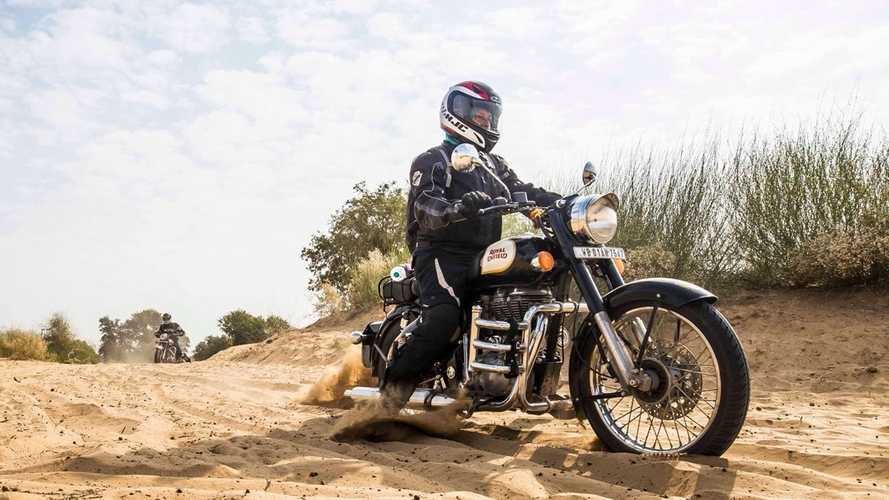 Stumbling out of the gate, but not throwing in the towel.

Royal Enfield’s sales figures have been kind of down as of late. As the Indian motorcycle market—the largest in the world—showed signs of decline in 2019, its largest domestic motorcycle manufacturer slipped on the international stage. However, Royal Enfield has been doing its best to adapt to the situation in real-time by phasing out numerous 350cc+ variants, updating models to meet new BS-6 emissions standards, and possibly developing a reduced capacity Himalayan. Despite the company’s best efforts, none of the changes have resulted in an immediate impact and Royal Enfield’s sales figures dropped by 13 percent in January 2020.

Not For Lack Of Trying:

In January 2020, Royal Enfield reported sales of 63,520 units in India, considerably lower than the 72,701 motorcycles sold in the same month of 2019. Unsurprisingly, the brand’s 350cc variants of the Bullet, Classic, and Thunderbird were responsible for the majority of the registered sales with 59,200 units. Unfortunately, that’s still a 12.8-percent decrease in year-over-year sales with 67,915 sub-350cc units moved in January 2019.

The Indian market has less interest in larger capacity motorcycles, and Royal Enfield saw similar declines for its bigger bikes. The 500cc variants of the Bullet, Classic, and Thunderbird along with the Himalayan, Continental GT 650, and Interceptor 650 sold a total of 4,320 units, resulting in a 9-percent drop compared to the same frame last year.

On a positive note, Royal Enfield’s exports increased in the first month of 2020. With 2,228 units shipped compared to 1,829 in January 2019, the Indian company experienced a 21.8-percent increase in international sales. Cumulatively, the brand sold 8,782 fewer units in January 2020, which is an 11.8-percent drop.

Hopefully, Royal Enfield rights the ship soon as it is a major driver of the Indian motorcycle market’s overall sales. Maybe the brand’s potential electric motorcycle could re-stimulate its sales figures, but we’ll have to wait and see if Royal Enfield’s long-term plan pays off further down the road.