An Extremely Rare Matchless G45 Is Up For Auction Now 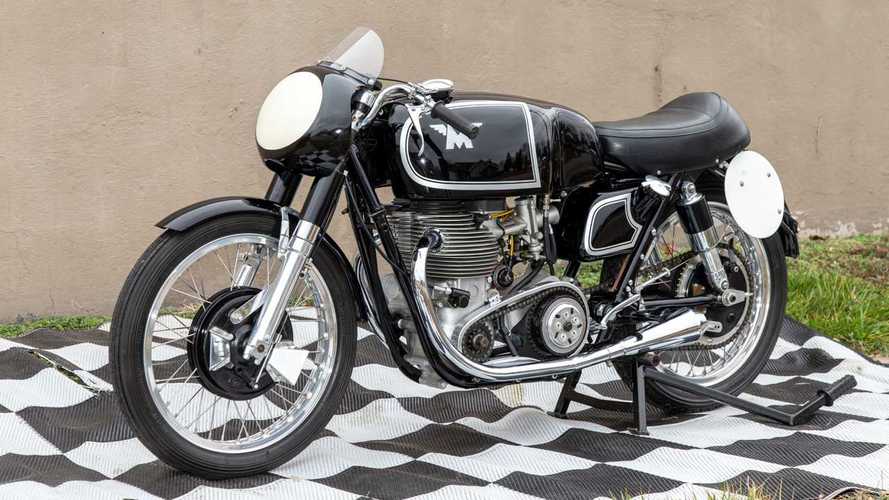 Although only 80 were ever made, and allegedly only half of those still exist, another Matchless G45 Racer is currently up for auction. This 1956 bike wasn’t owned or raced by Beppe Castellani, but like all G45s, it has a story behind it. Even better, it has some vintage documentation that comes with it if you win.

This particular one is up for auction at Bring A Trailer and is allegedly one of just 10 G45s that was shipped to the US with a G9 designation stamped on the engine. The reason: AMA race homologation requirements. That makes this subset among the rarest of the already-rare G45s, and there are closeup images of the frame stamping in the listing, as well.

It was once owned by the Solvang Motorcycle Museum but went on to receive a full restoration at the hands of Richard Klatt sometime between 1999 and 2001. The restored bike comes with a pair of Amal GP carbs, a Lucas competition magneto, a Burman 4-speed gearbox, a rebuilt Teledraulic fork, jampot rear shocks, new exhaust pipes and megaphones, tank straps, and footpegs specially fabricated during the restoration. It also comes with full restoration records, as well as a bill of sale, and various notes from Klatt as he meticulously went about his work bringing this bike back to its former glory.

Bidding is currently up to $15,000 at the time of writing, and the auction ends on February 3, 2020. Get your bid in here if you’re interested. This definitely seems like the kind of bike that hopefully someone will take out for some vintage race events in their area, or at the very least, ride to local shows. The seller is located in Middletown, Ohio, and the bike will ship from that location, as well. Prior to the seller’s ownership, this bike was acquired from a private collection in 2018.