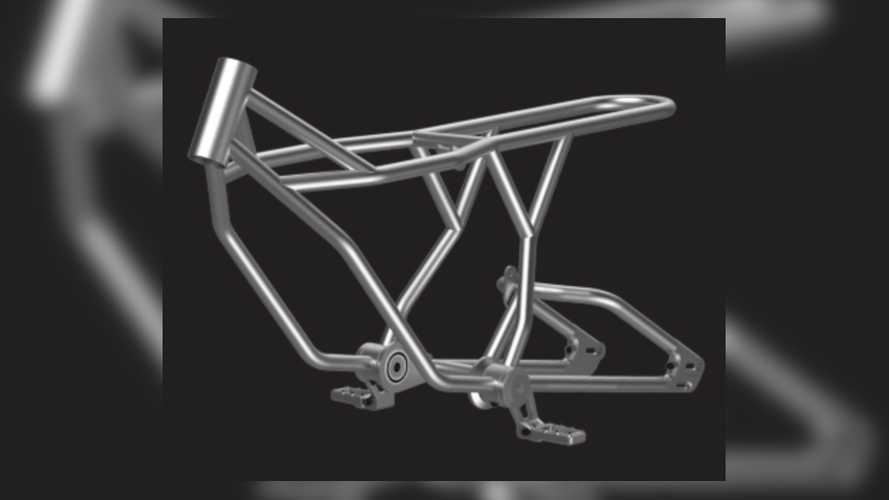 At the dawn of 2020, we noted that Cleveland Cyclewerks is planning a big electric announcement for March. While the days have gone by pretty quickly, we aren’t into the third month of the year just yet—but we do have some more information, straight from the home of Skyline Chili.

As CCW previously mentioned, #FalconRising marks the start of a dream long-held by the company. Approximately 64 percent of the bike will be built in the US, with plans to increase that amount in the future. The chassis above was crafted in Cleveland by HMF Engineering, specifically for this project.

It turns out that #FalconRising isn’t just an electric motorcycle platform—but rather, two separate birds. Called Falcon 01 and Falcon BLK, CCW says these vehicles will fit a range of categories, from e-bicycle to e-motorcycle.

The Falcon platform will be powered by a 12kW IPM 3-phase induction motor and will feature a 110-240 VAC fast charger. Battery packs will be swappable units made by Samsung. CAN communication for motor, controller, battery, and display is standard, as is Bluetooth connectivity with your smartphone.

The Falcon will have four drive modes: Eco, with regenerative functionality on throttle lift; Power, with regenerative functionality on braking; Custom, which you can configure how you want; Wheelie, which offers aggressive throttle response. Additionally, there’s something called Angry Pixy Mode, which offers 20 seconds of max discharge with the push of a button. This mode can be activated in Custom and Wheelie modes, but not in Eco or Power.

If you can’t make it to the CCW #FalconRising launch event in March, the company is livestreaming the whole thing at 6:30PM  on March 20, 2020. It’ll be on both Facebook Live and Instagram Live, and that’s also the day that preorders officially open for this bike as well.