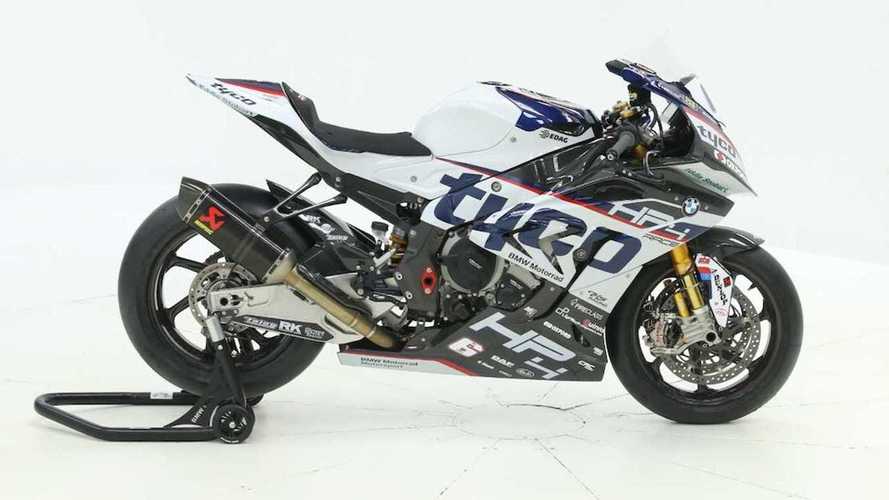 Prepared for Michael Dunlop for the 2018 IOMTT, but never raced.

If you’re a racing fan, what’s better than the opportunity to own a top-notch race bike? The answer, of course, depends on if you’re more interested in the idea of a bike being race-used, or merely being prepped to-spec for a specific racer and team, for a specific event. If you find appeal in the idea of a fully-kitted race bike that was prepped for none other than Michael Dunlop—but never actually raced—read on.

Charles Hurst BMW Motorrad in Belfast, Northern Ireland, is currently selling a Tyco BMW HP4 Race bike that was prepared for Michael Dunlop for the 2018 IOMTT. It comes with a letter of authenticity from Philip Neill, Tyco BMW team manager. You also get a special Tyco BMW garage mat, as well as a BMW HP4 Race paddock stand. Technical setup advice and suspension setup to suit the new owner are also included if you’re the lucky new owner.

This (absolute) unit is 2018 BMW HP4 Race Number 229 out of 750 ever produced. In case you need a reminder of all the trick bits included on the limited run of HP4 Races, here’s a list:

If you absolutely have to have it, it’s available for £50,000, which is about US $65,103.25 right now. It has zero miles on the odometer, and is basically a brand-new race bike, ready for the new owner to flog around any and all tracks they care to visit. Shipping, we’d imagine, wouldn’t be cheap—but if you’re plonking down that kind of money, you’re probably well past caring anyway.