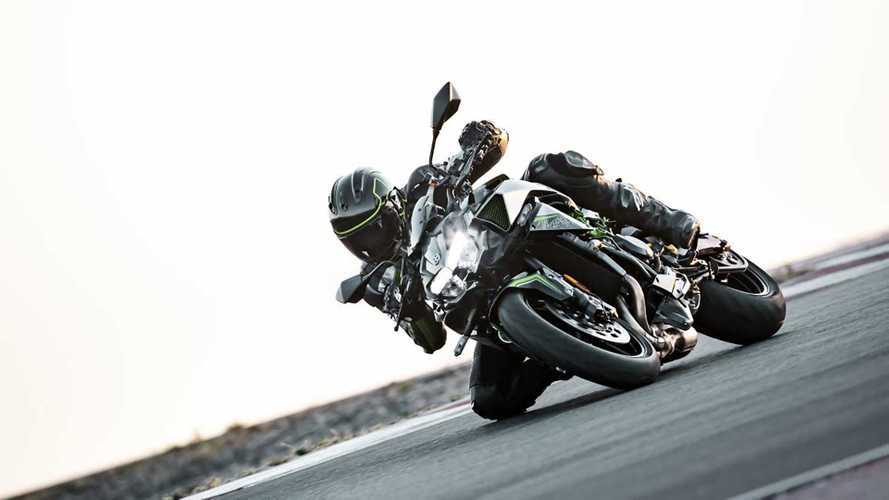 Kawasaki is killing it these days, with a great lineup of bikes and many updated models for 2020. The company did not keep all of its success to itself, either. Over the course of 2019, Kawasaki raised almost $100,000 in total for a variety of charities.

The most significant single contribution was donating a pair of 2020 Jet Ski STX160 personal watercraft, as well as two VIP Monster Energy Kawasaki Team Supercross experiences, to the Boys and Girls Club of South Coast [California] Area. These were auctioned off, raising a total of $45,000 for the cause. Kawasaki also donated a 2019 Jet Ski Ultra LX for the Honoring Our Wounded Military live auction. This helped to raise $40,000, a significant portion of the foundation's $195,000 in total contributions for 2019. Kawasaki also raised $1,500 for the Orange County Police Canine Association.

Kawasaki didn't just open their wallets, either. Employees also donated toys and other gifts to the California Highway Patrol’s ninth annual CHiPs for KIDS toy drive. Many employees also participated in the ALS Association’s Walk To Defeat event on Team Tamura, in honor of former Kawasaki President Yoshi Tamura. This effort raised $1,300 for the cause. Additionally, Kawasaki offers its employees a charitable match contribution program, which raised $10,000 for a wide variety of causes all over the US.

It's great to see a successful company like Kawasaki sharing its wealth with such a variety of good causes. All too often we get caught up in the business, the bureaucracy, the "why did they discontinue the almighty KLR," etc. There are some companies that don't make much effort to give back to the communities they are part of. Kawasaki clearly does.

“The charities Kawasaki has chosen to work with are a fundamental part of our community,” said Bill Jenkins, SVP Sales and Operations. “We’re thrilled to have the opportunity to support charities such as the Boys and Girls Club of South Coast Area, the CHiPs for Kids Toy Drive, Honoring our Wounded Military (HOWM), Orange County Police Canine Association, and The ALS Association – Orange County Chapter. We have supported these organizations with both financial and product donations for their causes to help our community where we can.”

With the holidays fast approaching, Kawasaki employees always make sure to support those in need by providing toys and other gifts for the California Highway Patrol’s ninth annual CHiPs for KIDS toy drive. In 2019, Kawasaki team members stepped up once again to help deliver a happy holiday to families in Southern California.

And as 2019 comes to an end the Kawasaki Motors Corp. Charitable Match Contribution Program employees have additionally raised nearly $10,000 for various charities serving an array of causes across the country.


ABOUT KAWASAKI
Kawasaki Heavy Industries, Ltd. (KHI) started full-scale production of motorcycles over a half century ago. The first Kawasaki motorcycle engine was designed based on technical know-how garnered from the development and production of aircraft engines, and Kawasaki’s entry into the motorcycle industry was driven by the company’s constant effort to develop new technologies. Numerous new Kawasaki models introduced over the years have helped shape the market, and in the process have created enduring legends based on their unique engineering, power, design and riding pleasure. In the future, Kawasaki's commitment to maintaining and furthering these strengths will surely give birth to new legends.
Kawasaki Motors Corp., U.S.A. (KMC) markets and distributes Kawasaki motorcycles, ATVs, side x sides, and Jet Ski® watercraft through a network of almost 1,100 independent retailers, with close to an additional 7,400 retailers specializing in general purpose engines. KMC and its affiliates employ nearly 3,100 people in the United States, with approximately 250 of them located at KMC's Foothill Ranch, California headquarters.
Kawasaki’s tagline, “Let the good times roll.®”, is recognized worldwide. The Kawasaki brand is synonymous with powerful, stylish and category-leading vehicles. Information about Kawasaki’s complete line of powersports products and Kawasaki affiliates can be found on the Internet at www.kawasaki.com.