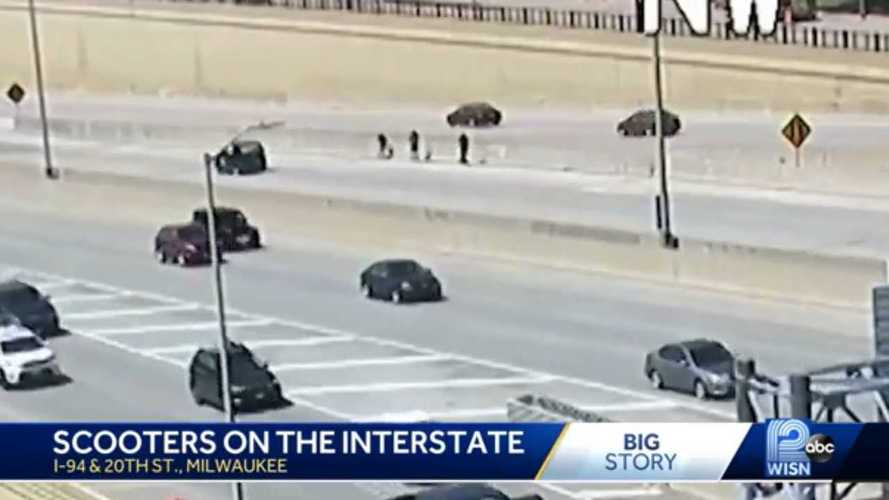 A lot of hits, a lot of misses.

We listed a lot of our favorites from 2019. Our favorite rides, our favorite articles, our favorite custom bikes… loving stuff is so easy when it comes to motorcycles. As good as 2019 was, however, it wasn’t all good. There were also some pretty epic fails. So I’m going into rant mode to share with you some of the past year’s biggest fails for our first WWTF of the year.

Boy did we have high hopes for this one. The brand was revived roughly a year ago, at the end of 2018. At the time, three new bikes were introduced and the thought of Jawas roaming the streets once more (though not in the U.S.) was an exciting one.

Then things started going south. From the ever-increasing delivery times to the company’s debatable strategic moves to the underwhelming online delivery estimator tool, what was a promising revival turned into a bit of a running gag.

Yet another example of this is the recent launch of the Perak, a model that was promised over a year ago. The company finally made it available for pre-orders online at the end of December 2019. Care to guess what happened next? The pre-order site crashed. That’s pretty on-brand at this point…

We hope Jawa gets its ducks in a row for 2020 and figures out how to be as awesome as we hope it can be.

Between the weird photoshopped pictures (the portrait of Ali "Big" Al Farook, a "Qatari investor" is particularly delightful), the overly-optimistic claims, and the fact that the company got openly upset and vocal about being called a sham, there are so, so many things wrong with the Druid Motorcycles situation.

In retrospect, the only thing I would change is that I would have been more obvious about how unrealistic I thought this all sounded—I definitely could have been more heavy-handed in the sarcasm. I mean. The dude went from beekeeping to “building” electric motorcycles…

The LiveWire Is Out Of Focus

Ok, before you start throwing rocks at me, bear with me. I didn't add the LiveWire to my list of misses because of the bike itself. Director Jason’s review of the bike was pretty adamant: it’s a fantastic bike. No. The reason it's on my list is because of how confusing the marketing and the strategy for it is.

After the model’s presentation in July and Jason’s report on it, we were all left wondering who the bike really is for. Harley itself doesn’t seem to know. There was talk of young, hip, urban-dwelling professionals with enough money to spend on a $30k secondary vehicle. Knowing most Millenials are dealing with fairly precarious financial situations, who exactly fits that bill?

Maybe it’s time for Harley to own it and admit that the bike will likely sell to the usual, slightly more technologically-curious Harlista.

The Death Of Alta Motors

It was a little over a year ago that Alta Motors posted a final “thank you” message on its social media before disappearing off the face of the Earth, leaving owners with unanswered questions. We were all left a little heart-broken, hoping the company would somehow find a miracle investor and rise from its ashes.

Then, two things happened in 2019. First, Bombardier Recreational Products (BRP)—maker of the Can-Am Spyder—bought most of Alta Motors’ assets. Then, the defunct company’s former CEO joined the team over at Damon Motorcycles which will introduce an electric motorcycle at CES on January 7.

That was it. Our dreams were crushed by the harshness of natural (financial) selection.

If you are not aware of my feelings towards electric scooters (I’m not talking Vespa scooters, I'm talking you-look-like-a-tourist-Lime scooters), I wish cities would set them on fire rid us of this plague once and for all.

Part of the reason I’m so… er… passionate about this is because of how dumb some people are and how big of a hazard they represent for other road users. We reported on at least three instances (here's one) of clueless users taking their electric push scooter rentals on the highway. For the record, these scooters are usually good for a top speed of 20 mph. I’ll let you do the math.

The inherent issue with this business model is that most people who use these scooters don’t have a license of any type and often know nothing of road regulations. That’s a huge issue in my book, especially considering how fast(ish) these things can go. In addition, some blindly follow their GPS on highway ramps.

2019 was the inaugural season for the new all-new, all-electric MotoE racing series. While it was created to help promote emission-free competition (among other things), it ended up giving electric bikes a bit of a bad rep. In March 2019, the entire MotoE paddock in Jerez went up in flame, destroying all 18 shiny new specially-prepared Energica Egos. It was later confirmed that a short circuit caused the fire.

Organizers and manufacturers managed to get the series back on track and finally hit the track for the first time in July. Then in August, another bike caught fire. The emergency teams intervened rapidly to put out the flames and there thankfully wasn't a repeat of the Jerez incident.

I’m all for electric vehicle racing, but that’s pretty bad publicity for an industry that’s trying to grow its share of the market… Hopefully, 2020 will be smoke-free.