This Baby Chopper Is Absolutely Not Trail 70-Rated Anymore 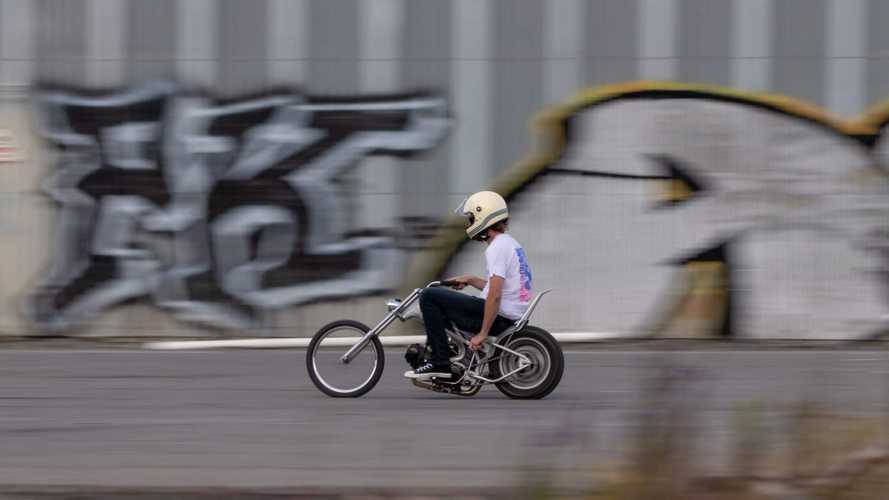 What we know in The States as the Honda CT70, or Trail 70, was sold as the Honda Dax in many other parts of the world. One of those places was bucolic New Zealand. The Dax, of neither the Jadzia nor Shepard varieties, had a hardy little 72cc overhead-cam engine that took a licking pretty much as long as it had oil. New Zealand-based customizer Hogan Jeffs has transformed many a Dax in his day—but this one, you can probably already tell, was just a little bit different.

New Zealand is a land with quite a reputation for both fixing up existing vehicles, and also repurposing machinery. There are loads of things to love about the place, and that particular level of mechanical appreciation is just one more. With all that in mind, it’s no surprise Jeffs told Pipeburn that he started to get Some Ideas when he saw a car with small wheels roll up next to the already diminutive Dax.

That, among other creative moments, is presumably why Jeffs felt he absolutely had to get to the chopper with this Dax. Incidentally, the rear wheel came from a Fiat Bambino—better known as a Fiat 126. Stock rims on that Fiat 500 descendant were a mere 12 inches in diameter. There are modern scooters with bigger rims, and that’s part of this tiny chopper’s charm. The front rim? BMX all the way, baby.

Jeffs told Pipeburn that it started as a bit of a joke—but, as the best jokes are wont to do, quickly developed into a serious project plan. All build details are elegantly chronicled in that piece, and it’s well worth your time to read. As you might imagine, this build is pretty heavy on fabrication—after all, there aren’t a whole lot of teeny-tiny Frankenbike parts that readily swap with the CT70/Dax.

The result is an extremely clean, shiny baby chopper. Even if choppers aren’t your thing, it’s impossible not to admire the thought processes and work that went into a project like this. Would you ever guess that it started life as a CT 70, at first glance?