Your Favorite Articles On RideApart In 2019 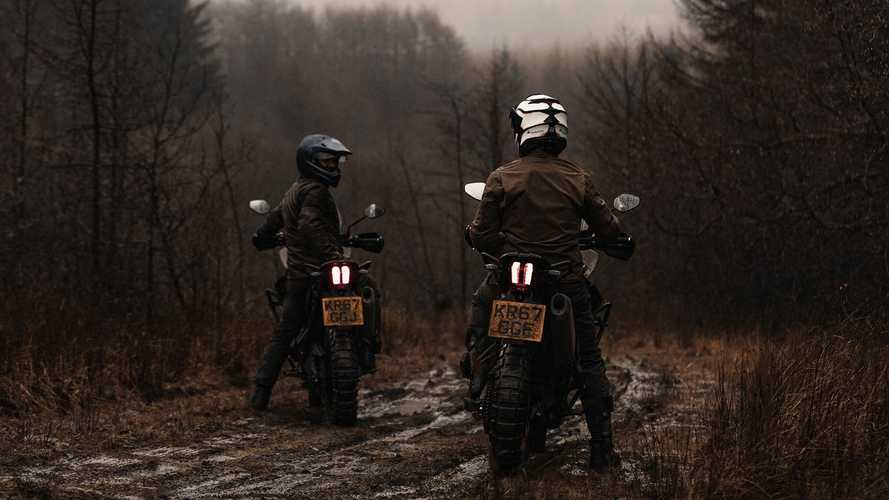 Your favorite reads of the year.

You have to look back to move forward, right? It’s been a good year at RideApart. Our team has grown and so has the site and you guys are part of that success. Now watch out: we’ve got a lot more coming in 2020.

Looking Back And Moving Ahead:

The New Sportbikes We’re Expecting In 2020

Before we get started on this new year thing, we thought we’d look back at some of the most successful articles of the year. Yeah, I’m talking about the stuff you guys loved and interacted the most with. So I dove into the numbers and found the ten best-performing articles of 2019. Which one was your favorite?

“Now Harley-Davidson stands to gain the same sort of benefit that BMW did. The problem, though, is that Harley gave them the wrong bike. The LiveWire isn't made for the long-distance adventures they take. Their limited range and long charging time is a weakness of all-electric bikes.”

At least, according to Justin, Ewan and Charley should have been on a pair of Harley-Davidson Pan-Americas rather than LiveWires. That's debatable—especially now that we know that the Long Way Up was successfully completed in December 2019—but everyone has the right to their opinion including you guys. You had a lot to say about this one.

“First off, to be specific, the engine’s displacement is 1,802cc rather than the round number it’s been referred to for the past few months. The two cylinders have a 107mm bore and the aluminum pistons, a 100mm stroke. The engine weighs a staggering 244.3 lb—including the transmission and the intake system.”

We’ve been hearing about the BMW R 18 for a while now. The model will introduce an entirely new cruiser to the Bavarian lineup as well as the company’s biggest boxer engine yet. Until recently, we knew very little about both the bike and its engine. BMW finally spoke up and shared the deets of its new powertrain and it looks like you guys were ready to learn more about it.

3. Science Proves Riding A Motorcycle Is Good For You. Seriously.

“What the researchers observed is that the ride decreased the participants’ level of stress (28-percent decrease in stress biomarkers), that it slightly increased their heartbeat (a 20-minute ride increased heartbeat by 11 percent), their adrenaline levels (by 27-percent) as well as their focus and alertness.”

Most non-riders gladly discuss the risks of riding a motorcycle but I betcha none of them talk about the benefits they’re missing out on. The proof is in the science: riding a motorcycle is actually good for you! Just. You know. Be safe. Don't crash. Yadda yadda.

4. Elvis’s Harley Becomes The Third Most Expensive Bike In The World

“We recently had a look at Elvis’s 1976 Harley-Davidson FLH 1200 Electra Glide heading for the auction block, one of the countless pieces of his motorized collection. The motorcycle had been on display at the Pioneer Auto Museum for over thirty years before it was put up for auction at mid-August. The bike has now found a new owner and took the third spot in the most expensive motorcycles ever sold ranking.”

Elvis and Harley sharing a headline is a recipe for success. One of the King’s beloved Harleys went up for auction and if the $800k it raked up is any indication, the legend of Elvis lives on and people still want to hear about him even 40 years after his passing.

“Enter Hayes Diesel Technology, a military contractor that had been working on motorcycles since the 1970s. Having years of experience with off-road bikes, including consulting for Honda's off-road racing and enduro teams from 1976 through 1979, they started with the venerable Kawasaki KLR 650, a bike with a proven ability to handle just about anything you can throw at it.”

Our weekend guy Justin bought himself a Kawasaki KLR 650 this year which got him particularly interested in the model’s history. One of the chapters in that history book is dedicated to the military-specific diesel KLR. Diesel you say? Sir, yes sir. The model never sold to civilians but with an average of 96 mpg, if you see one pop up on the used bike market, you might want to get your hands on it.

6. How to Fix 5 Common Issues on Older Bikes

“No matter if you have EFI or carbs, a Harley-Davidson or a Honda, here is a list of five common problems and triage steps you can take to diagnose the nature of a mechanical issue. Even if you can’t fix it, you don’t have to blindly trust your hard-earned cash to the honesty of the nearest “reputable” mechanic. Get your toolbox out: it’s time to lift the tank!”

It looks like a lot of you are tinkerers—or aspiring tinkerers. That’s rad, keep it up, folks. This article dating from 2018 remains one of our top performers and it shows you guys are curious about what makes your bike tick, or not.

“What do you get when you cross a Street Rod 750, a snow track kit, and the know-how of a couple of ace fabricators? Well, you get a pair of killer Street Rod-based snow bikes like these two beauties right here. Now, I hear you. I hear you asking, "But Jason, why?" The short answer is, "Why not?"

Unmistakably, for the past two years, as soon as winter rolls in, this bad boy pops back up, out of the blue. I guess there’s something about a Harley on skis designed to hit the slopes that’s timeless even though the story is pretty old by news standards.

“For our purposes, we’re contemplating new bikes available for sale in 2019. If you’d rather grab a used Caponord for your upcoming trip through Canada on your way to ride the Denali Highway, we will a) not blame you in the slightest, and b) certainly not stop you.”

Who doesn’t like a good road trip? The team at RideApart sure does and it looks like you do too! So of course, we were bound to have a discussion about the best touring bikes. You might not agree with Janaki’s picks for the 2019 crop but as she wrote, “The best touring bike for you, no matter who you are, is the bike you’ll actually tour on.”

9. Watch This Harley Road King Drag A Hayabusa All Over The Strip

“With the 2019 version of Suzuki’s sportbike producing close to 200 horsepower, it’s no wonder the Hayabusa rules the track. On the other hand, Harleys are known for their torque figures and low-end power delivery. However, even when a Harley jumps out of the starting gate, their pushrod engines rarely muster the horsepower needed to seal the win. The torque vs. horsepower equation usually leans in the Busa’s direction, until it met this Road King on the strip.”

Seriously though, who here expected this: Harley kicked a ‘Busa’s butt on the quarter-mile? I sure didn’t. That’s the beauty of drag races. You never really know how tricked out a motorcycle truly is—appearances can be deceiving.

10. Is A Cheap Chinese Dual-Sport Any Good?

“One name you never hear in the mix is the RPS Hawk 250, yet this is another viable contender in the dual-sport world. Better yet, for just $1,399, a brand new Hawk costs less than most other dual-sports cost on the used market.”

So, are they? I guess we won’t get a clear answer to the question but it looks like they’re not as bad as we expect them to be. Considering the bike will cost you the same as an older used one, it’s not too dear a price to pay to find out for yourself. Color me intrigued.