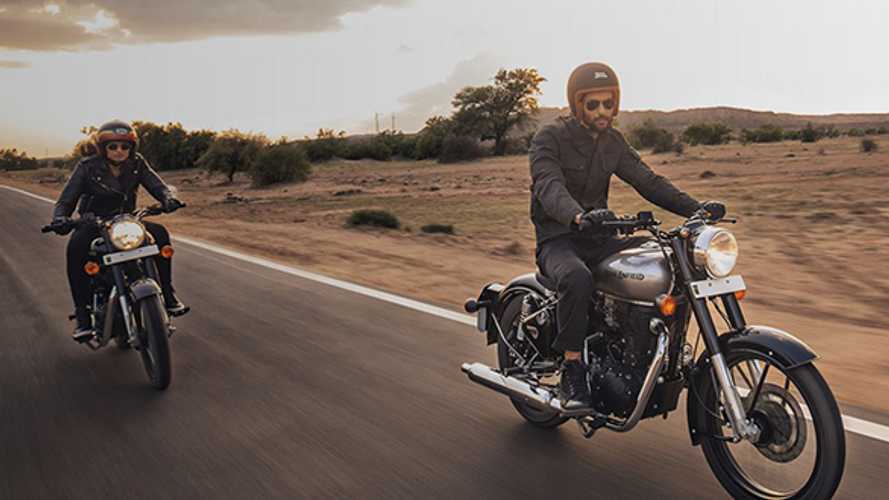 Hey, ever hear of the Royal Enfield Sherpa? The Royal Enfield Hunter? Don’t worry, I bet a lot of people haven’t. In fact, no one knows what Royal Enfield’s intentions are for these names yet, but Indian Autos Blog spotted shiny new trademark applications from the Chennai-based manufacturer for a couple of names that are new to the modern era. The model names “Sherpa” and “Hunter” are now in play—and speculation, of course, is swirling as madly as the snow in the Himalayas.

Royal Enfield Has Been Busy:

Like other Indian motorcycle manufacturers, Royal Enfield is finalizing the bikes it will roll out to meet the new BSVI emissions guidelines required as of April 2020. It’s unclear whether this will include the Sherpa or Hunter, and it’s equally unclear what those models might be if they do hit showrooms anytime soon.

What we do know is that the Sherpa isn’t a new name for RE. Back in the 1960s, Enfield India produced Sherpas, which were powered by 173cc Villiers single-cylinder, two-stroke engines. With all of Royal Enfield’s rumored plans in play, it’s impossible to speculate with any accuracy about what a modern Sherpa would look like.

Could it be the name for the baby Himalayan? That’s the math that seems the most obvious if that rumor about a 250cc Himalayan is true. It’s also not unreasonable to expect RE to simply call that the Himalayan 250, since the brand already similarly differentiates between the Bullet 500 and 350s on a regular basis.

What about the Hunter? Could that be a name for the upcoming J1C lightweight bikes that RE says it’s working on? Or is it simply a trademark application filed long in advance in case Ariel decides it wants to revive its own brand history and do something with that moniker, instead?

All we know for certain is that these names both seem pretty good, and intriguing. At this point, that’s probably what Royal Enfield would hope for, as a brand. If it’s trying to keep itself top-of-mind, there are certainly worse names it could have chosen.