Shiny Harley-Davidson Servi-Car Is Looking For A New Home 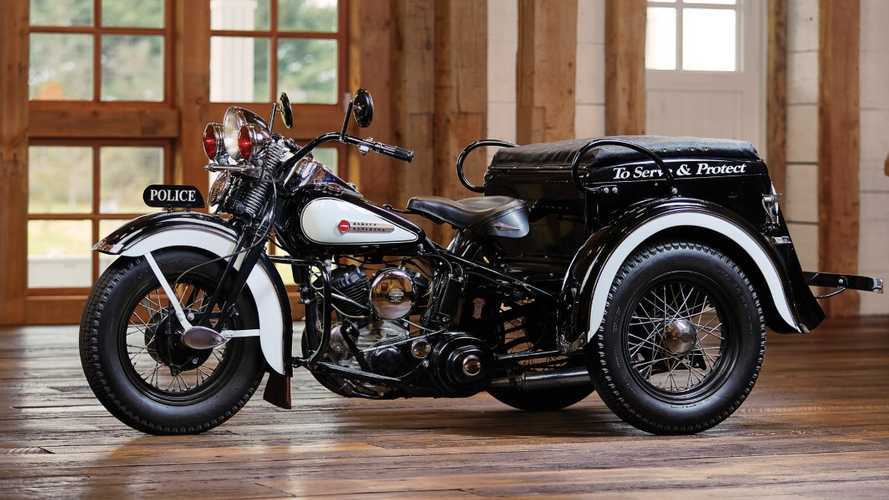 This restoration is clean as a whistle.

If you see a Harley-Davidson Servi-Car in modern times, it’s most often either a museum piece or a quaint novelty selling classic American hot dogs or ice cream. Back when the Motor Company first started selling them in 1932, though, they were hard-working machines designed to deliver parts, patrol the mean streets, and other rough jobs. This 1949 example was a proud Oakland Police Department vehicle for many years.

Your Bike Looks Lonely, Let's Find It A Friend:

As a police bike, it had certain standout features to help it perform its duties effectively. Roads at the time were largely dirt, so it had to be able to function alongside the cars of the time, and use their same wheel ruts to get around. To that end, Servi-Cars had rear wheels that were spaced 42 inches apart—just like the wheels on modern cars of that era.

Another practical moto problem that police might face was the need to draw your service weapon while operating your Servi-Car. Solution: Left-side throttle, right-side gear shift. This simple swap made it easier for right-handed officers, although clearly you’d be SOL if you were Officer Southpaw.

After a lifetime of service with the Oakland PD, this Servi-Car joined the Steven Saslow collection for the next 25 years. Saslow frequently worked with knowledgeable Harley-Davidson restoration experts Gary and Bob DeVincent of Provo, Utah to restore vintage Harleys, and the DeVincents helmed this restoration as well. With the help of Bill’s of Berwick, Pennsylvania on rebuilding the engine and transmission, this bike is now fully restored and ready for its new owner.

You do, of course, get red lights and a siren with purchase if you’re the lucky winner of this bike. It’s being offered without reserve and is expected to go for between $30,0000 and $40,0000 once it hits the auction block on January 16, 2020. To find out more, register to bid, and see additional photos, be sure to check out the auction listing.