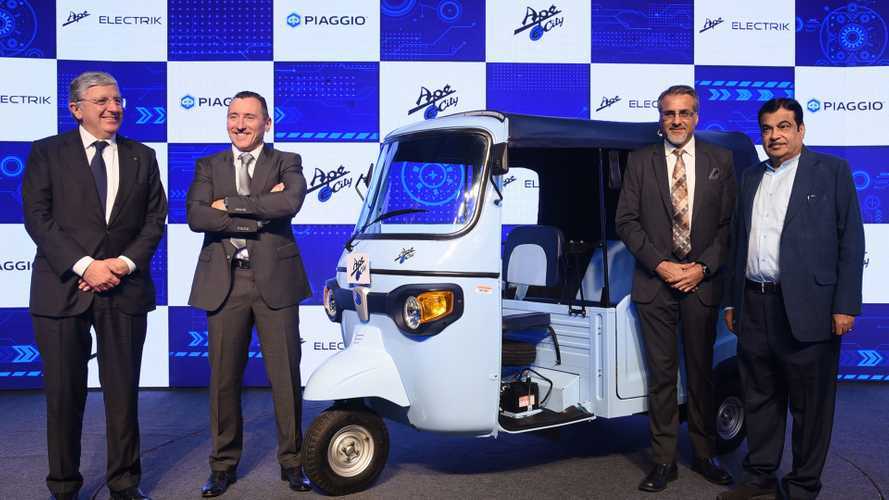 Piaggio’s adorable and iconic three-wheeled hauler is going electric. The scooter-based mini-trucks are a staple of South-East Asia where they’re used as taxis, delivery vehicles, and even street food carts. Now, thanks largely in part to India’s Faster Adoption and Manufacturing of Hybrid and Electric Vehicles (FAME) initiative, the Ape is going electric. FAME incentivizes the purchase of EVs, especially two and three-wheeled EVs by offering a reduction in sales tax from 12 to 5 percent.

The Ape E-City will have battery swap technology with large, flat batteries placed low in the truck that can be changed at automated service stations. This will keep the little Piaggio worker bees moving for longer, which is mission critical given their role in the economy. Ape, as it turns out, is pronounced ah-pay, and is the Italian word for bee, not the English word for a large simian.

The most intriguing part of this launch is the battery swap technology. Being able to quickly and easily take on a fully charged battery and resume operations takes away the downtime and range anxiety that plagues electric vehicles. It’s also interesting that countries like India are leading this charge. There were nearly 150,000 Apes sold in India in 2019, which means they have a ready-made economy of scale to work with when it comes to rolling out these types of rigs.

Piaggio’s push to modernize this decades-old format is to be commended and will likely lead to further development in technology that makes electrification a more viable option for an increasing range of motorcycles. We live in exciting times.