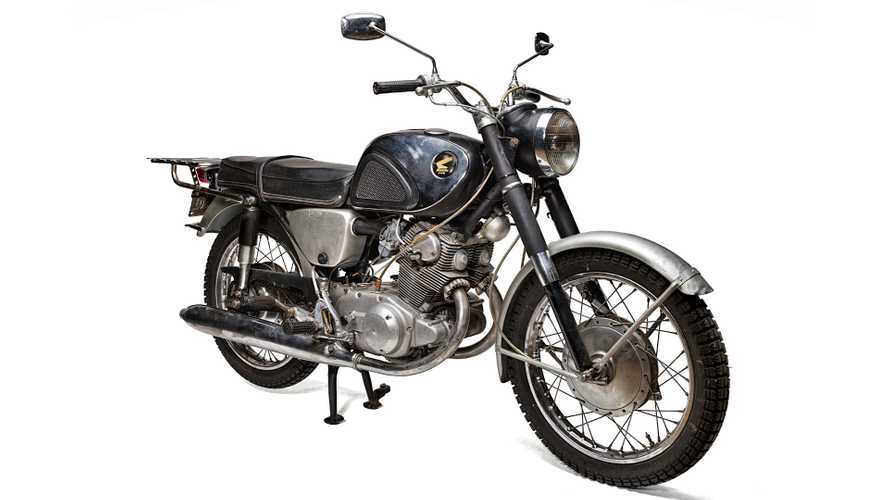 Zen and the art of motorcycle exhibits.

Zen and the Art of Motorcycle Maintenance is one of the most influential books in motorcycling’s history. Though Robert Pirsig’s autobiographical novel didn’t make our latest must-read list, our previous edition and countless other motorcycle reading lists prominently feature the book. Sadly, Pirsig passed away in 2017 after a period of declining health. Now, the author’s widow, Wendy K. Pirsig, is donating the Honda Super Hawk made famous in the pages of Zen and the Art of Motorcycle Maintenance to the Smithsonian National Museum.

How To Improve Your Riding Skills During The Off-Season

The One Book Project

This 1966 Honda Hawk completed the 5,700-mile trip from Minnesota’s Twin Cities to San Francisco. After collecting dust in a New England garage for decades, the recently restored motorcycle will now reside at the National Museum of American History in Washington D.C.

“This is the most famous forgotten motorcycle in American history and literature, “ said Paul Johnson, curator of transportation at the National Museum of American History. “Pirsig was a trailblazer in motorcycle touring and documenting its celebration of freedom and the open road.”

Along with the old Honda, Pirsig’s widow also donated maps, shop manuals, and a leather jacket from the famous 1968 road trip. The author’s toolbox, a manuscript copy, and a signed first edition of the book rounded out Pirsig’s gift to the museum.

Though Pirsig’s contributions to literature, motorcycling, and American history are finally being acknowledged, the road wasn’t easy. Rejected by 121 publishers, William Morrow & Co. published Zen and the Art of Motorcycle Maintenance: An Inquiry Into Values in 1974. Chronicling a month-long trip with Pirsig and his 11-year-old son, the autobiographical novel went on to sell 5 million copies in 27 different languages.

Hopefully, the Super Hawk’s presence at the National Museum of American History will inspire a new generation to read the book and discover the values of riding (and wrenching—if that’s your thing).