Ask RideApart: What's The Lifespan Of A Motorcycle Engine? 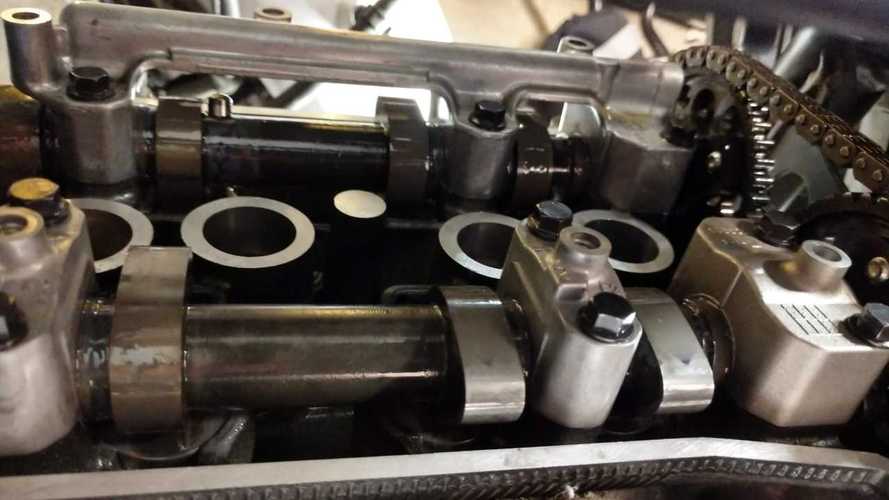 We do love getting questions like this from our readership (did you know you can click on any of our names in the “by:” line, and send us a direct email? You can!). The tougher the question the better, and this one is a toughie.

Unfortunately, there is no single answer to this question. There are many factors that go into a motorcycle engine’s life span, but the biggest is maintenance. If you follow the maintenance schedule included in your motorcycle owner’s manual, chances are your engine will last a very, very long time. But what is it that makes an engine fail? We’ve all heard the term “blown engine” but what does that really mean?

First, a quick internal combustion engine primer! You have heard the terms “top end” and “bottom end,” especially if you ride a dirt bike that needs a top-end rebuild on a maintenance schedule measured in hours. An engine top end is, simply, all the stuff under the valve cover: the cylinder head and valve train (valves, camshaft, cams). The engine block itself and everything inside it comprise the bottom end: the crankshaft, connecting rods, cylinders, and all the associated pieces. The timing chain connects the two ends: it runs around the crankshaft and the camshaft, which opens and closes the valves, so everything happens at the right time during the combustion cycle. Knowing all these components helps when you’re trying to figure out what needs maintenance, when.

The very best way to ruin an engine before its time is to run it low on lubrication. Your engine needs to be well-lubricated to keep friction at a minimum. Friction causes premature wear and heat buildup, both of which are bad for any moving parts. That’s the long way of saying: change your oil on time, and don't rev your engine to redline on startup, before the oil pump has had a chance to lubricate the top end.

Why Does An Engine Fail?

There are several ways an engine can fail, so there are a bunch of things to take into consideration. A new engine design may not have had all the kinks worked out, and may fail prematurely in greater numbers due to inadequate testing at the factory. Bad QA can sometimes lead to things like blocked (or undrilled since assembly) oil passages, which contribute to premature wear and failure. Also, an engine designed to operate at a higher RPM and with greater compression, by design, won’t be as long-lived as a simple, overbuilt, low-compression, low-RPM engine. By dint of design alone, the former is under much more stress (and with that stress, puts out more power per cc). There’s an old joke in the BMW community, that says by 50,000 miles many motorcycle engines are nearing end-of-life, while the airhead BMW boxer is just beginning to break in. That's hyperbole now, but when airheads ruled, it was almost true.

How Does An Engine Fail?

Engines can fail slowly, as parts that make contact slowly wear (like valve guides and piston rings) and let oil into the combustion chamber. They can fail quickly, as with a crankshaft or connecting rod bearing spinning or seizing, or bad valve timing leading to contact between the valves and pistons. Sometimes it’s neglect that does a motorcycle in: storing it improperly in a damp, salty, or mouse-ridden environment can prevent the engine internals from moving at all due to corrosion. Often, when the first signs of a failure are present, like a chocolate milkshake in your oil pan (due to coolant finding its way into your engine oil), the bike can be repaired and run just fine for years.

When a motorcycle engine “fails,” it is often because the cost to repair it outstrips the value of the bike. Frequently, that failure could have been prevented with better maintenance. The good news is, modern motorcycles are much more reliable than the cheap 70s and 80s model bikes you and I learned to ride on! Change your oil on time, use the oil weight specified by the manufacturer. Check and correct your valve clearances on schedule, and replace your spark plugs on time. Keep an eye on everything that comes out of your bike’s tailpipe, make sure there’s oil in your sight glass, and listen for new noises. If you follow your bike’s maintenance schedule and do not wrap the machine around a tree, chances are the engine itself will be the last thing to fail on your motorcycle. If you’re looking to buy a high-mileage used bike, the previous owner’s maintenance habits are a great gauge for how reliable that machine’s engine will be.