This Honda XL500 Custom Is Ready For The Flat Track 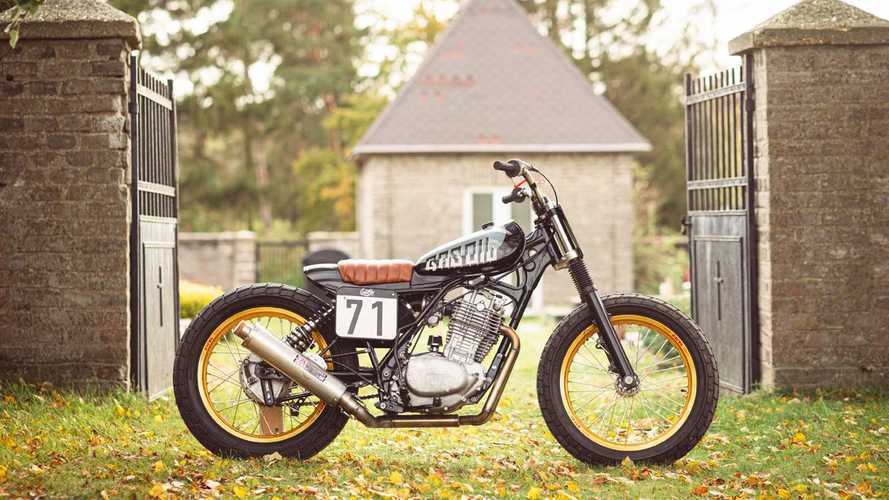 No frills, all thrills.

The growing popularity of flat track racing has influenced the custom build scene for years. From a Harley Sportster to a Triumph Bonneville to a Royal Enfield 650 Twin, the flat track treatment has proven its versatility and tightened its grip on the industry. Spotting the budding trend, motorcycle manufacturers like Indian and Husqvarna made flat track-inspired design available to the masses with the FTR 1200 and Svartpilen. Three years after the initial onslaught of the flat trackers, Czech custom shop Gas & Oil Bespoke Motorcycles finished turning a Honda XL500 into a back-to-basics race machine.

Matěj Sysel of Gas & Oil started the build with a late ‘70s Honda XL500S. However, without existing paperwork for the bike, he couldn’t register it for road use. Destined for the track, Sysel knew he had to focus on the engine in order to keep up with the competition on the dirt oval.

First, Sysel transplanted an XL500R engine into the chassis of his XL500S but the four-stroke single would need more bite to hold its own on the track. To improve fueling and airflow, Gas & Oil equipped the Honda with a larger Keihin carburetor, K&N free-flowing filter, and a 2-into-1 exhaust system with a Yoshimura race muffler.

With the engine ready to race, Sysel knew the team needed to update the suspension of the aging dual sport. Repurposing the front end of a BMW R100 and dual shocks off a Moto Guzzi NTX, the team modified the XL500’s suspension to handle power slides on the track. To provide the necessary grip, Gas & Oil spooned Shinko SR Flat Track tires onto a set of 19-inch spoked wheels.

Sysel also replaced the XL500’s dual-sport tank with a Yamaha RD unit to achieve the streamlined flat track aesthetic. A trimmed Harley-Davidson fender was the final piece of the build and added to the aggressive stance of the bike. We can only imagine the mighty rooster tail the build will kick up, but we certainly wouldn’t want to trail the little tracker in a race.

While Gas & OIl’s Mata Hari is a back-to-basics motorcycle, the build took over 3 years to complete. As a personal project with no deadline, the XL500 sat on the back burner for years, secondary to client builds and shop work.

In an interview with Return of the Cafe Racers, Sysel said, “It was an insanely long time for a racing project. Fortunately, it is finished and now it is time to start learning the art of Flat Track racing!”

Source: Return of the Cafe Racers
++1