Is the 2020 TFT Screen Revolution Good For Riders? 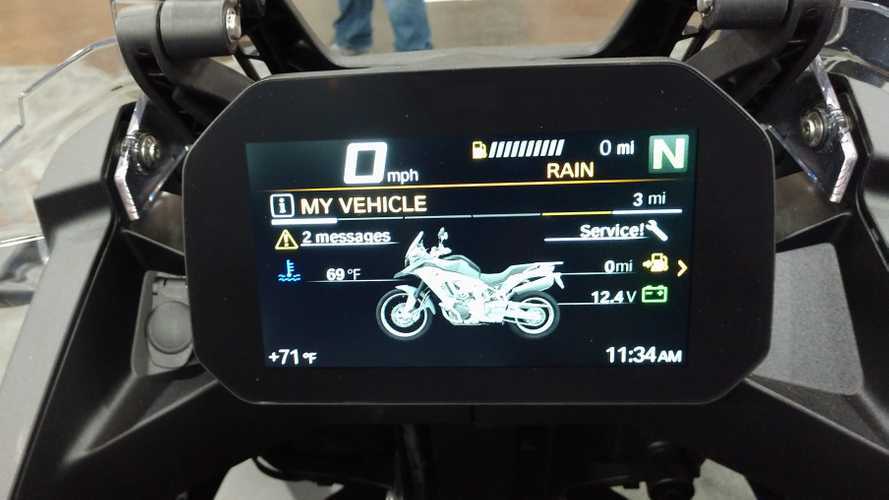 Suddenly, everybody gets a TFT screen!

Every year, motorcycle manufacturers make various improvements to their lineup, everything from little internal details, to new paint, to full-on redesigns. Over the years we’ve watched these machines get better, faster, and safer. In the 2020 model year, though, the majority of motorcycle manufacturers seem to be hopping on the TFT wagon. What does that mean for us, the riders?

We are all familiar with the Thin Film Transistor, or TFT screen, on our smartphones, hand-held video game displays, computer monitors, and car “infotainment” systems. The technology has advanced rapidly in the last few years, and motorcycle manufacturers have suddenly determined that they are ready for the harsh environment a motorcycle display needs to endure. During an attentive walk around of the International Motorcycle Show in New York City this past weekend, we noticed that new bikes without TFT screens are becoming the rare exception.

Some manufacturers began outfitting their newest bikes with TFT screens a couple of years ago, but the 2020 model year has seen a sudden industry-wide shift. Major manufacturers like BMW, Kawasaki, Honda, and Yamaha, and even smaller companies like Energica, outfit their bikes with a TFT.

All of us who have been riding for many years are used to analog dials and gauges. Some of us are concerned about the longevity of the TFT, and in my opinion, those concerns are valid. Certainly, we’ve all seen our smartphone screens give up the ghost after only a few years of use. Some of us have an affinity for older motorcycles and have repaired or restored those old analog speedometers and gauges. We know that they often work flawlessly for decades. When they need repair, it’s a question of fixing or replacing internal mechanical parts. Not so with the futuristic TFT screens.

Those of us who are not hopeless luddites tend to sing the praises of a screen that can and does change to show machine and engine speed, a navigation display, the state of the motorcycle’s electronic suspension, tire pressure, the traction control setting, and a whole host of other information. The versatility of a TFT over traditional analog gauges is unquestionable: we might soon be able to program them ourselves with our preferred screen settings, just like our smartphones.

From a manufacturing point of view, TFTs simplify the process. The same TFT can be used on every motorcycle in a manufacturer’s lineup, with only a change of software to make the screen bike-specific. Does that mean a TFT will eventually be extremely inexpensive and easy to replace, should it ever go bad? Right now they’re too new to know for sure, but manufacturers are installing them everywhere, so we will all find out soon enough!