So Tesla Might End Up Making An Electric Bike After All 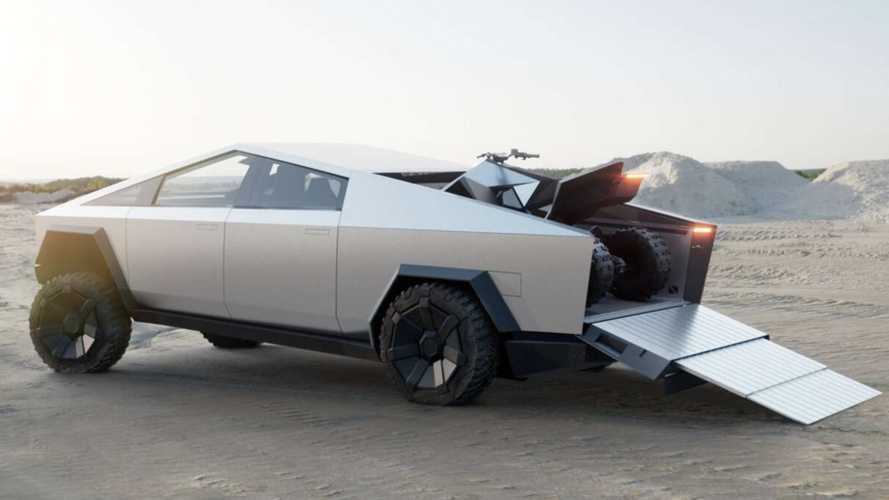 Don't hold your breath but the "Cyberbike" could eventually be a thing.

When Tesla unveiled the polarizing Cybertruck along with the complementary Cyberquad, it got us wondering about the possibility of Elon Musk changing his mind about a Tesla motorcycle. When questioned about the possibility of Tesla entering the electric motorcycle race, the CEO was adamant: there will never be an electric bike in the cards for his company, not after his own traumatizing experience on a dirt bike. How does the saying go? Oh, right. Only fools and dead men don’t (at least in part) change their minds.

Let's Talk About That:

Before we all get too excited here, I have to clarify something. To be specific, the project of a proper, road-legal electric motorcycle remains on Musk’s “No Way José” pile and he doesn’t seem willing to budge on the matter. He reiterated Tesla’s (his) position on electric motorcycles, stating that they’re too dangerous and he almost got killed on one.

However, that apparently doesn’t eliminate all two-wheel projects. In fact, Musk admitted on Twitter that in the line of the Cyberquad, an electric dirt bike could be a cool project to consider. Not all is lost, there is hope. Obviously a “would be cool” tossed on social media doesn’t have the same weight as a working prototype that received 250,000 pre-orders. It only shows that not all motorcycles are blacklisted from Musk’s plans—only the road-legal ones at risk of unfortunate interactions with cars.

Should a “Cyberbike” ever become a thing, chances are it would benefit from a similar position in the lineup as the Cyberquad as a shiny, fully integrate accessory. The Cyberquad and the Cybertruck are designed to seamlessly work together, from the pickup truck’s retractable loading ramp to its charging ports and tie-down system.

Aside from confirming that the electric quad will be available at the same time as the truck, Musk hasn’t revealed any further details about the electric all-terrain vehicle. All we know is that it will be offered as an optional accessory for the Cybertruck. Details about a possible electric dirt bike are even fuzzier and Musk might end up doing nothing at all with the idea but, hey. Who knows what the future might bring. We went from no bike at all to a possible dirt bike so we're going places.