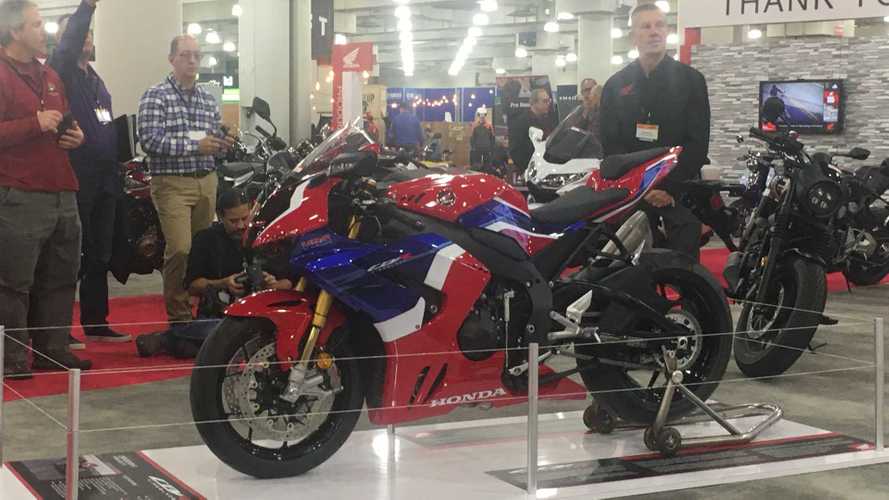 The New York IMS media day had us listening to the latest news and announcements from Royal Enfield, BMW, Energica, Harley-Davidson, Honda, Kawasaki, and Suzuki—a significant cross-section of the American motorcycle industry. Despite them having some vast differences in products, target market, and size, two common themes emerged across most, if not all manufacturers as we heard what they had to say.

Not Business As Usual:

Motorcycle sales aren't exactly skyrocketing. The key to a growing business is to get people to buy more of your products, which is leading everyone to target new riders as a source for new customers. Some companies already have a diverse line of smaller, beginner-friendly bikes to choose from. Honda and Kawasaki, among others, already have a wide range of smaller bikes that appeal to a variety of riding styles. Royal Enfield sells exclusively middleweight bikes that are easy to ride. Making these appealing to new riders is a cornerstone of their plan to vastly expand their presence in the Americas.

Others, such as Harley-Davidson, are introducing new models in new markets to try to broaden their appeal. Harley hopes to expand its customer base from 3 million customers to 4 million, an ambitious goal as their traditional older riders continue to age out of motorcycling. The Bronx and Pan America hope to broaden the appeal of the brand, attracting riders who would never have considered a Harley before.

The cherry on top is programs like Discover the Ride, which actively try to convert people interested in motorcycles into actual riders, people who actively purchase bikes, gear, insurance, and everything else on display at IMS. I heard the story of two women who worked at the Zero booth at New York IMS last year. After participating in Discover the Ride a year ago, they not only got their motorcycle licenses, they both purchased Zero motorcycles of their own. Bringing new riders into motorcycling helps everyone, and everyone wants a piece of that new rider pie.

Another common theme among the presentations we heard is an emphasis on vastly expanding the amount of technology used in motorcycles. TFT displays and 6-axis IMUs were some of the most popular buzzwords of the day. A 2017 Popular Mechanics article goes into the details of how an IMU system works, but essentially it contains accelerometers that tell the bike about every change in direction you make, whether intentional or by accident. These allow the bike, through electronic throttle and brake control, to help save you from yourself when you're headed for trouble. This dovetails nicely with attracting new riders, as well.

"The Bosch MSC system runs behind the scenes of the top Ducatis, BMWs, and KTMs," said the 2017 article. Two years later, the technology is trickling down to everyone, not just these premium brands, and everyone is rushing to implement it. Not only is it cool to be able to pop a wheelie up to a certain angle, but no higher, thanks to computer control, it's also safer. For non-hooligans, this means improvements to ABS, traction control, anti-wheelie control, and drive modes to help you stay in control of your lean mean speed machine.

As for the proliferation of TFT displays on motorcycles, look for a deeper dive on this from Kate coming up soon.