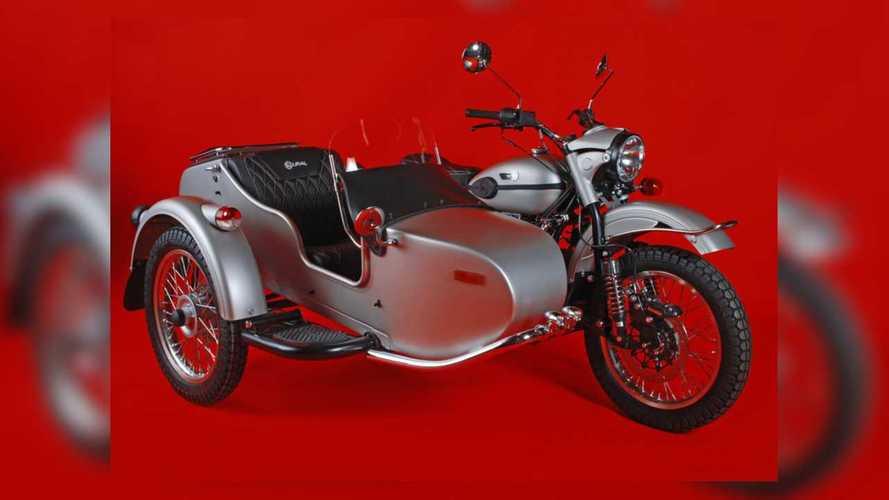 That ample sidecar means no one feels SMERSHed.

As a rule, Ural Limited Editions have historically been somewhat all over the place. Some have been expected nods to Soviet history, like the Ural Mir 2014, or to Ural’s own brand history, like the Ural M70 2011. Then again, there’s also the firmly pop-culture oriented Ural Dark Force 2015, and the slightly out-there Ural Air 2018 that came complete with a DJI Spark drone, for some reason. That leaves only one question: what does the 2019 Limited Edition have in store?

Why not have a three-way tie-in, featuring brand history, world history, and pop cultural history all in one bike? That’s clearly the driving force behind the Ural FRWL, which is not license-plate-speak for “four wheel.”

Instead, it stands for “From Russia With Love,” and this limited edition features a satin-gray finish that instantly harks back to 007’s Aston Martin DB5. Sadly, if we’re picking nits, the DB5 did not feature in even a single frame of the Bond film From Russia With Love, but it’s still a gorgeous color.

What else do you get with this 2019 limited edition? Relative exclusivity, of course. Just 35 of these will be sold worldwide. You get that special blend Silver Birch paint scheme, matching silver trim, and chrome bits a-plenty. Beautiful diamond-stitch leather upholstery graces both the saddle and the sidecar.

The sidecar also gets a low-profile windscreen, which is both functional for anyone riding in it, and also looks the part. A leather-wrapped sidecar dashboard features a vintage-look clock and power outlets—and also what Ural describes as “Unique Russian Female Name Embroidery.”

That first word doesn’t mean what you think it means, Ural—not when you’ve named all 35 of these limited editions “Natasha.”  Maybe Natasha is Tatiana Romanova’s daughter? We’ll have to wait for that Black Widow series to be sure.

At any rate, while you’re busy compiling a list of famous Natashas you can say your Ural FRWL is named for, you should also know that these are available in select US dealerships now. MSRP is $19,999, and you can reserve one with a deposit of $500, should you find that your life will be utterly incomplete without this particular Limited Edition in your possession.