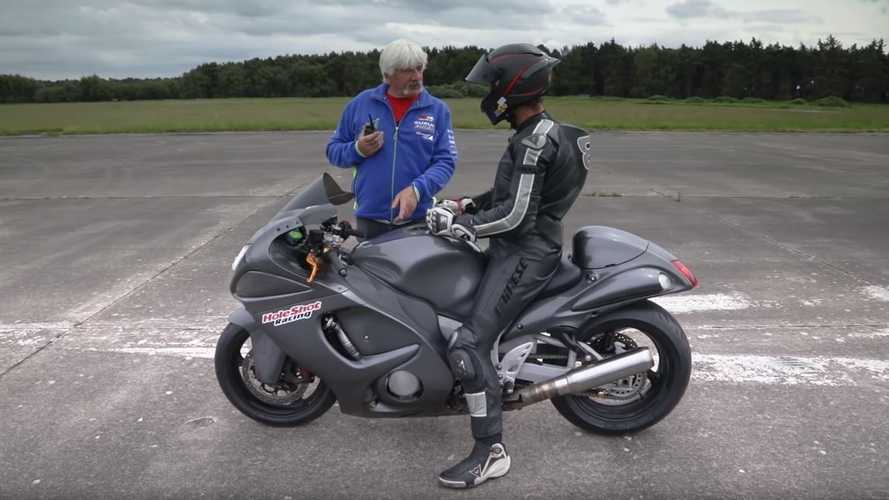 Even though he isn’t doing the IOMTT anymore, it seems like Guy Martin is still pretty much everywhere, doing all the things. One minute, he’s in a tractor setting a speed record. The next, he’s hitting 270mph and setting a new record on a turbocharged ‘Busa. And then, as the kicker, he’s recreating that great Steve McQueen stunt from The Great Escape, seemingly just because he can. That’s all just in 2019!

Let’s back up a minute to that incredible speed run with the ‘Busa back in September 2019. It turns out that was actually practice. Sure, it may have set a new record in and of itself. However, in an interview with the TImes, Martin mentioned that his next record-breaking attempt will involve trying to hit the 300mph mark in a single mile on a motorcycle.

It’s a record that has been attempted before—but unfortunately, American motorcycle racer Bill Warner died in that 2013 run. He had reached a speed of 285mph before a mechanical failure ended both the run and his life. Just two years earlier, in 2011, Warner had managed a speed of 311.945mph in 1.5 miles. That’s what made him so sure hitting 300mph in one mile was an attainable goal.

Between madmen like Martin and Zef Eisenberg, we have a lot to thank the UK for in terms of record-breaking speed freaks. It’s unclear at this point exactly where and when this record-breaking attempt will take place, but of course we certainly wish Martin the best of luck at accomplishing his goal.

Martin fully acknowledges that he could die in the attempt—and although he is of course hoping not to, says that he’s confident his family will be OK no matter what happens.  That’s the thing about getting a good group of people around you—they accept your need to be exactly who you are, and all the risks and rewards that entails.