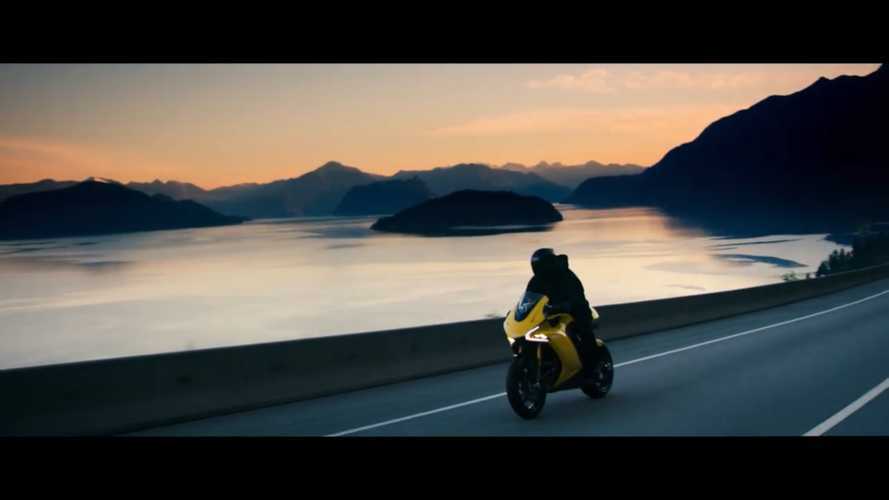 If Intermot and EICMA are the motorcycle world’s equivalent of the holiday season, then CES is quickly becoming equivalent to Valentine’s Day. It’s a bright spot in an otherwise dreary winter when a bunch of the country can collectively see our breath, and also revel in the teeny icicles forming in our noses and eyelashes.

Remember Damon Motorcycles and its ambitious plans for making motorcycling safer with tech? The Canadian startup just announced that it’s unveiling its first-ever full motorcycle to the public at CES 2020 on January 7. The Damon Hypersport is a completely electric and 4G-connected motorcycle that will showcase two totally new Damon active electronic safety systems for riders.

CoPilot is the name Damon has given its 360-degree sensor and AI system. The company claims it can detect speed, direction, and velocity of up to 64 moving objects around motorcycles equipped with it. If CoPilot detects something, it communicates this to the rider via haptic feedback in your grips. Additionally, blind spot and rear collision alerts blink away as LEDs on the edges of your windscreen.

Meanwhile, Damon’s adjustable ergonomics system, called Shift, will allow riders to immediately adjust their ergonomics while in motion. The company says riders can simply push a button to electronically switch between aggressive supersport, upright commuter, and comfortable sport-touring modes. Your windscreen, saddle, footpegs, and handlebars will then adjust to suit each mode accordingly.

“For electric motorcycles to go mainstream, they have to outperform their ICE counterparts,” Dorresteyn said in a statement. “By marrying all-electric high performance with rider aids like CoPilot and Shift, Damon will redefine the motorcycling experience.”

Official specs should be unveiled at the same time the Damon Hypersport shows its face, on January 7, 2020, at CES. Additionally, Damon currently estimates that these bikes will officially roll out for sale to the public sometime in the middle of 2020. No word on pricing or availability, of course, but it’s early days yet.