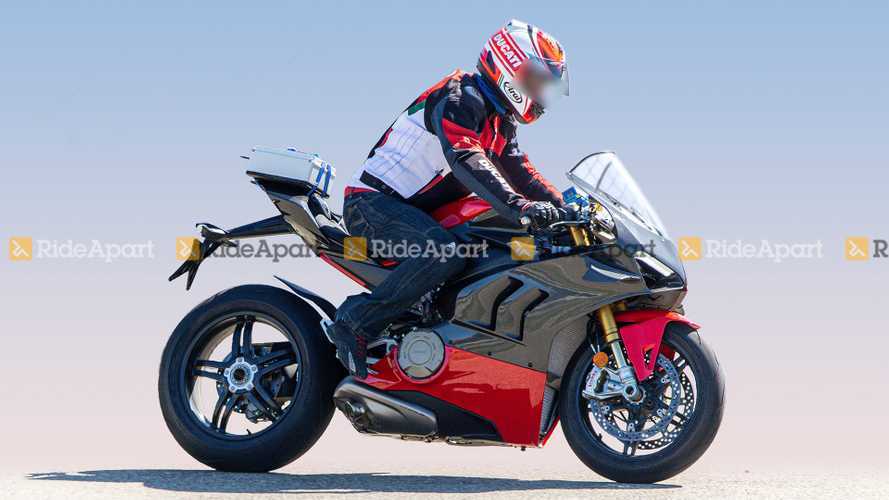 Thank you for the tip, Claudio.

In the summer, the test mule of what looked like a Ducati Panigale but not quite like a Ducati Panigale was spotted. The prototype looked very similar to the V4 introduced in 2018 but with a few tweaks that pointed to a different version. This sparked the rumor that Ducati was working on a Superleggera (superlight) edition of the Pani. More recently, a number of sources reported on European documents confirming that the special-edition Pani was on its way. Now, the man behind Ducati, CEO Claudio Domenicali confirmed the rumor in an interview with Motorcycle News. A new version of the Panigale V4 is coming so let’s have a look at everything we know about it.

2014 Ducati 1199 Superleggera — First Photos Of The Lightest Superbike Ever

You can trust Domenicali to be candid when it comes to discussing future products. No cryptic PR lingo, the CEO gladly shares what the company is working on and doesn’t seem remotely concerned with keeping secrets. Discussing with the folks over at MCN, he confirmed that a “special edition” of the Panigale V4—what is widely referred to as the Superleggera—is coming.

What we know so far is that the “Superleggera” (let’s call it that for now) will be shown in 2020. Will it show up as a pre-production prototype, as a 2020 model-year, or as a 2021—no one knows yet. Domenicali did leave a bit of mystery.

He did, however, confirm that just like with the Panigale 1299 Superleggera in the past, production of the special-edition V4 will be limited to 500 units. Not only that but it will also be expensive. For reference, the limited-run 1299 Superleggera went for a staggering $80,000 and sold out. I guess pricing isn’t an obstacle when your name is Ducati.

As the suspected moniker suggests, the special version of the Pani will also be, well, lighter. The test mule was outfitted with carbon fiber fairing and wheels as well as with a titanium exhaust system which will help reduce the number on the scale. In addition to a slimmer waist, the Superleggera is also expected to produce more power. According to the European type-approval documents, the model will produce an estimated 224 hp which is 10 hp more than the entry-level Panigale V4.

So we know the Panigale V4 Superleggera is coming and that you will have to pay a pretty penny to get your hands on one. We’ll have to wait and see what the next step will be and keep an eye out for a launch date. Patience is a virtue.