Herald Brat 125 Launches, Is Ready To Throw Down 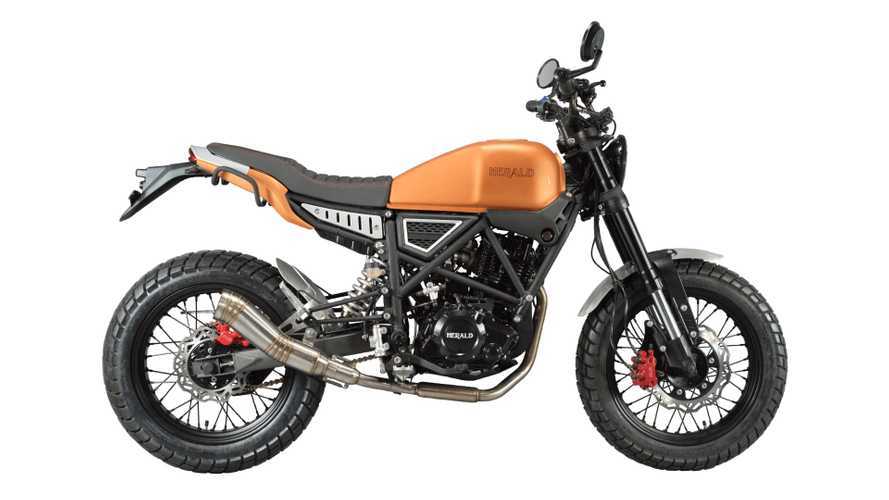 Scrappy baby bike with a snarl.

Herald Motor Company is on a bit of a mission, it seems. The UK-based company just welcomed its latest addition to its lineup, the Brat 125. This learner-license-friendly baby bike previously made the rounds and garnered praise at Intermot 2018, but now it’s ready for customers to ride away and take home.

There’s one important difference between the Brat 125 and previous bikes that Herald has released. Before this bike, Herald mainly functioned as an importer. However, the Brat 125 represents a shift away from the past and toward a British designed, engineered, and manufactured future.

“When we looked at designing the Brat, we wanted to create something unique to Herald. In the past, we have imported more classically-styled motorbikes, but this time, the styling was down to us,” Herald lead design engineer Gareth Williamson said.

“We stripped the look back to bare essentials, working with a clay model to link the lines of the frame with the minimal bodywork, drawing inspiration from brats, streetfighters, and scramblers from yesteryear. Flat bars and trail-ready tires set the stance and a stainless-steel exhaust system, brushed aluminum fenders and 7-inch LED headlight complete the look,” he continued.

That’s just phase one of Herald’s big plan, though. “We have already received a lot of interest in the bike and it feels like a step in the right direction, towards our goal of designing and manufacturing motorbikes in Britain.”

The company is showing the brand-new production version of the Brat 125 at its Motorcycle Live booth. The event is currently taking place in Birmingham, and runs from November 16 through 24, 2019.

Designing a bike is one thing—but building it from start to finish is another, particularly when it’s meant to be more economically accessible than, say, a bespoke, ultra-limited-edition handbuilt track weapon.

However, Herald wants to put its money where its mouth is, and is also showing a prototype of its upcoming Brute 500 at Motorcycle Live 2019. The company says that it not only designed that bike, but also engineered and is manufacturing it at its Cambridgeshire headquarters, with a planned launch in early 2020.

Of course, we have no idea how these will go over, but we’re definitely watching these developments with interest from our faraway, across-the-pond vantage point.