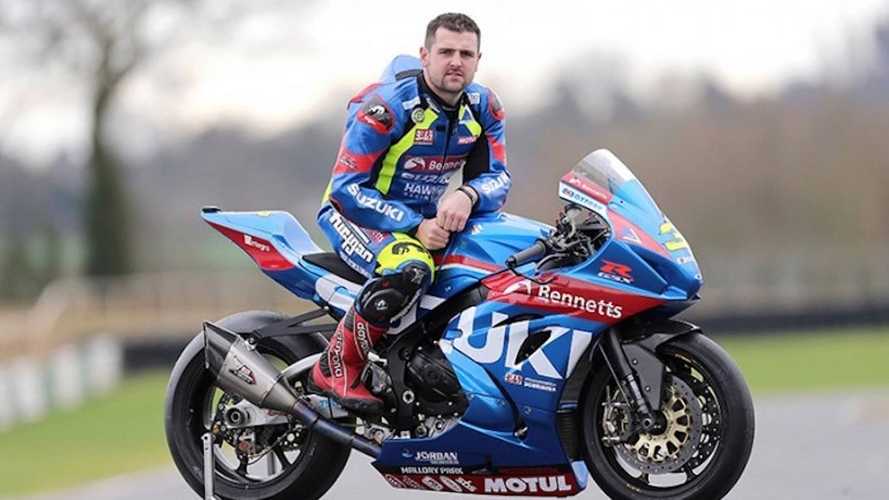 The holder of the North West 200 lap record got a speeding ticket on part of the road course.

We know Michael Dunlop can handle a little speed. He's won countless races, including the Isle of Man TT several times, and holds the overall and superbike lap records for the North West 200 (123.207 mph and 122.958 mph respectively). However, on this same road course, Dunlop was issued a speeding ticket for driving 47 mph last March. He pleaded guilty to the charge last Friday.

Of course, there were a few more factors at play here. The infraction occurred while the course was a public road, which it is the vast majority of the time. Despite Dunlop having the ability to set a blistering pace during a race, the posted limit in the area he was caught is a mere 30 mph. At 1:45 am on the morning of March 15, police clocked Dunlop driving a car on the Station Road at Portstewart never dropping below 47 mph, and sometimes going faster. Rather than simply pay the ticket, Dunlop exercised his right to have his day in court.

While Dunlop claimed to not know how fast he was going, he also said he would have liked to see some solid evidence from the police that he was speeding. There was no radar involved like such a case would likely have been in the US, but the judge ruled that police clocking Dunlop by using their speedometer was adequate evidence for the charge. It's notable that although police say they clocked him going faster, they only cited him for 47 mph, the slowest speed they clocked. Dunlop ended up pleading guilty to the charge of excess speed. He was fined £65 ($83.88) plus an offender levy of £15 ($19.36) and received three penalty points to his license.

There is no doubt that Dunlop probably knows Station Road better than nearly anyone who travels it. A mere 47 mph is not a big deal in the middle of the night, with no traffic, on a road you know that well. It probably felt quite slow to Dunlop, who is accustomed to traveling this road several times as fast. However, the law must be obeyed, and in this case, it caught up to him.