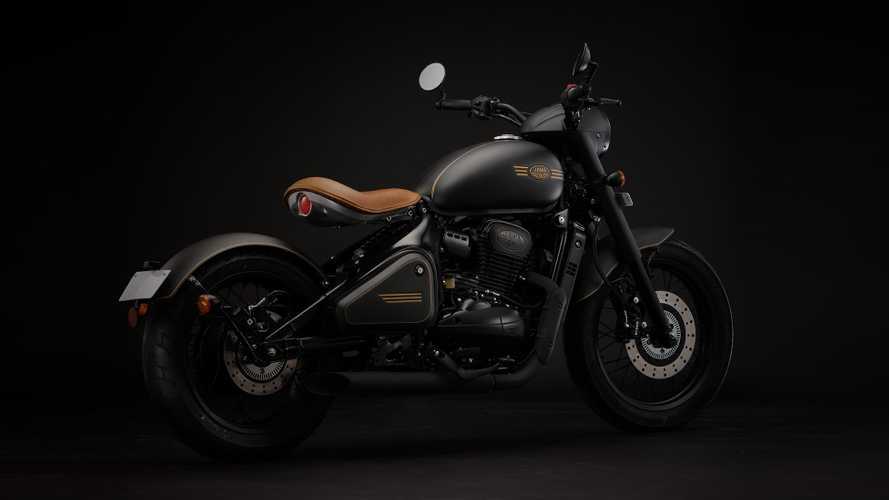 Come to the dark side, we have bobbers.

The past year has been a rollercoaster for Jawa Motorcycles. From selling out its first two models in just over a month to distribution woes and build quality complaints, the company has endured its share of ups and downs in 2019. Originally a Czech brand, India-based Classic Legends struck a licensing deal with Jawa Moto in 2016 and brought the iconic brand back to the market in November 2018. Last week, we reported that Jawa planned to celebrate its one-year anniversary by introducing a new model and today the company officially unveiled the Perak in Delhi, India.

Return Of The Jawas:

Jawa Just Released Some Great Stuff For Bikes We Don't Get
⠀

Previously revealed alongside the Jawa and the Forty-Two during last year’s inaugural event, the Perak was originally slated for release earlier in 2019. While the brand was late to deliver the goods, Jawa confirmed that the model underwent changes in the past year.

To differentiate the new bike, Jawa positioned the Perak as the bobber in its fleet. Unlike its current offerings, the brand ditched the dual shock set up for a monoshock that preserved the sloping line of the frame’s top tube. The “bobbed” strut-mounted fenders and floating saddle also added to the aesthetic. Of course, a bobber wouldn’t be complete without satin black paint and Jawa covered practically every surface with the dark finish.

Aside from the bobber styling cues, the company incorporated modern conveniences into the classic design, like cleverly integrating the rear brake light into the solo seat. While this may limit the aftermarket prospect for replacement saddles, it maintained the bobber look—and looks undeniably cool. The brand also hides the electronics behind side covers that call back to the side-mounted toolboxes of the bobber’s heyday.

Though the Perak shares the same 334cc liquid-cooled single that drives Jawa’s other two models, the power output increased to 30 horsepower and 23 ft-lb of torque. The company also equipped its black beauty with a new exhaust system and a longer swingarm.

Jawa will accept orders for the Perak on the first day of the new year and deliveries will begin April 2, 2020. Until then, potential buyers can book test rides in mid-December. The Perak will retail for ₹1.94 lakh, which equates to $2,708 USD. Unfortunately, the company currently has no plans of bringing its blacked-out bobber to the States.

Hopefully, Jawa learned from 2019 and will put those lessons to use in 2020. We’ll have to see if the roll-out of the Perak encounters the same issues as the Jawa and the Forty-Two, but at least we know that the surfaces won’t succumb to rust as easily when they’re all painted black.