Ariel Ace Iron Horse Will Be Unveiled At Motorcycle Live 2019 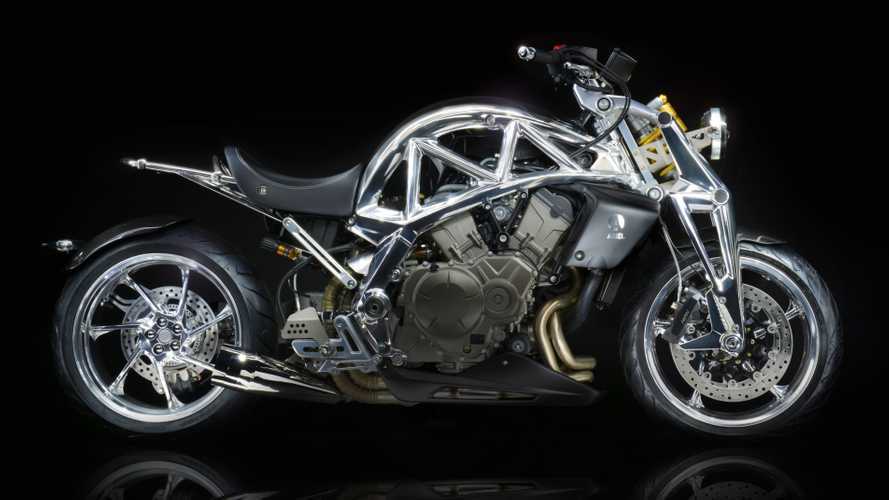 The upcoming Motorcycle Live show in Birmingham, England on November 16, 2019 is where Ariel plans the official unveiling of the newest bike in the Ace lineup, the Iron Horse. Do you love highly polished frames and other metal bits as far as the eye can see? Do you also love the idea of one single craftsman working on your individual bike from start to finish? If so, read on.

Modern Ariel prides itself on no two bikes being exactly the same. Rather, the company exists purely to make each Ariel Ace that rolls out of the factory suit the rider who’s purchased it. Like other Aces, there are some base components that are the same for each Iron Horse, but everything else about it is customizable to each owner’s wishes.

With the Iron Horse, the first thing that draws your eye is that beautifully polished, CNC machined aluminum frame and additional components. It has the famous Ariel girder fork front suspension, along with a specially built Öhlins TTX damper that provides individual compression and rebound adjustment, as well as spring preload. You also get Öhlins rear suspension with fully adjustable compression, rebound, and preload.

The mirror-polished alloy wheels are shod in Dunlop rubber. Ariel motorcycle manager Tom Siebert notes that Ariel is ready and willing to polish any and every bit of this bike that any customer desires.

What isn’t shiny, polished aluminum is most likely carbon fiber. This model is meant to hark back to the Black Ariel bikes produced from 1926 to 1930, as Ariel found its footing and became a thoroughly modern motorcycle manufacturer at that time. Carbon fiber, then, is a natural fit for both a darker aesthetic and modernization. The fuel tank is carbon fiber, as is the bodywork. Additionally, each single seat is hand-trimmed to ensure a matching directional weave that complements the tank of that bike.