Is Honda Hinting At A New Sport-Tourer With The CB4X Concept? 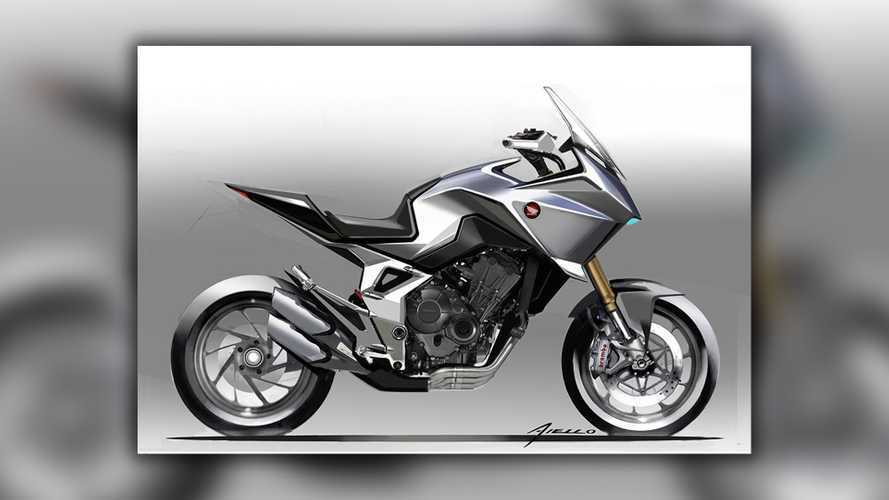 Beauty is in the eye of the beholder.

Honda unveiled most of its 2020 goodies ahead of EICMA with the new CBR1000RR-R Fireblade showing early alongside the updated CBR1000R and Rebel duo. What did Honda show in Milan? A concept and a pretty curious one at that.

The CB4X concept shared the stage with all the new and/or updated models the manufacturer is bringing in for next year. While only a concept, there are a few interesting features about it.

First, the nomenclature is pretty curious. CB usually refers to the company’s naked bikes family (and has for the past 50+ years). Granted, this is only the name of a concept, not likely to be one used in production should the model become reality. The “4” seems to refer to the number of cylinders while the X likely points to the concept’s touring qualities (think NC750X or VFR1200X).

The concept obviously studies the design and layout of a bike that could easily switch between city commuting and open-road traveling, a segment Honda has yet to (truly) explore in depth. Right now, there’s a pretty clear cut between the brand’s touring and sportbike segments. One could debate that models such as the NC or the VFR have a sport-touring vibe to them but Honda ranks them as full-on adventurers alongside the Africa Twin. So who knows where a proper sport-tourer could go!

The design is that of Honda’s Research & Development office located in Rome, in case you are wondering why the design is so un-Honda like. It is meant to emulate a touring-friendly bike that’s also compact and urban, inspired by the “fun seven days a week” theme. In my opinion, the lines make the concept look front-heavy, like it could easily tip forward. Thankfully, as these things usually go, a concept rarely makes it to production as is.

The most particular detail about the concept, however, is the engine is uses: it’s armed with an inline-four engine. It also features the same striking cascading four pipes used on the CB650R and CB1000R. If it were to become a new addition to the family, this would give Honda’s four-pot mill a new purpose and open new doors in the sport-touring segment.

There’s still a long way to go if this concept is ever to become an actual product but Honda introduces a few interesting ideas with it. I’m curious to see where this will go.