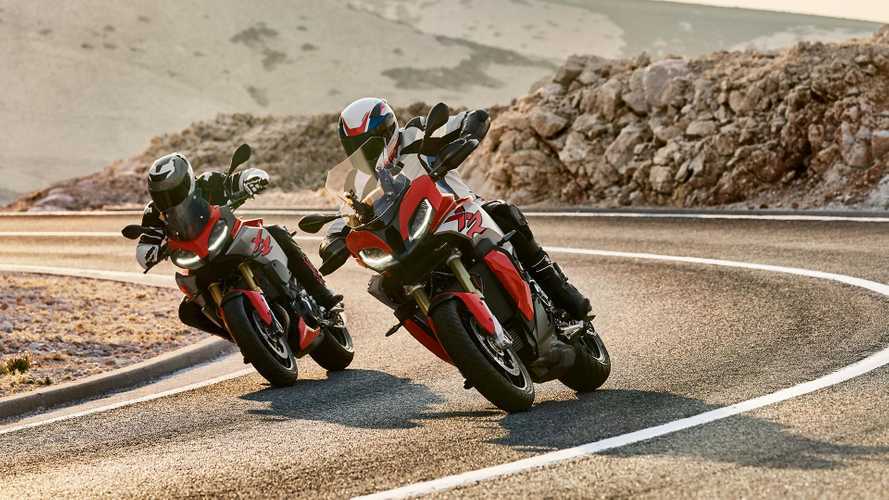 The new kids on the block.

If you thought BMW had an F in the works, you weren’t wrong. There wasn’t one twin coming, but two. BMW had four models to unveil, two of which are underlined by a brand-new engine. One is the update of a model the global market is already familiar with. The other is the 9Cento Concept spin-off, now a full-time member of the BMW family. Introducing the all-new 2020 BMW F 900 R and the F 900 XR.

We expected an F 850, BMW surprised us with a 900—I guess the name 9Cento (“9Hundred”) was kind of a big hint. The new F 900 XR joins the new S 1000 XR in the adventure-sport-touring segment. It borrows visual cues and the riding style of the S 1000 XR’s, adapted to a smaller, more accessible format.

The XR is equipped with an adjustable windshield and its fairing has been designed with weather protection in mind. The addition of this new model gives BMW an additional edge in the mid-range segment. The model isn’t as adventure-oriented as the F 850 GS. Instead, if pushes the gauge further on the sport-touring end of the spectrum while still offering adventure-like qualities and features such as handguards, 6.68 and 6.77 inches of suspension travel front and back respectively, and a 4-gallon gas tank.

In comparison, the F 900 R, the evolution of the F 800 R, falls in the roadster family with a naked silhouette and a road-oriented setup.

The two new models use the same, equally new 893cc, inline-twin mill rated at 105 horsepower and 67.8 lb-ft of torque, cradled by a steel bridge frame and topped with a plastic gas tank meant to help keep the weight low. The new frame uses the engine as a stressed member for added rigidity.

Check out our full coverage of EICMA 2019!