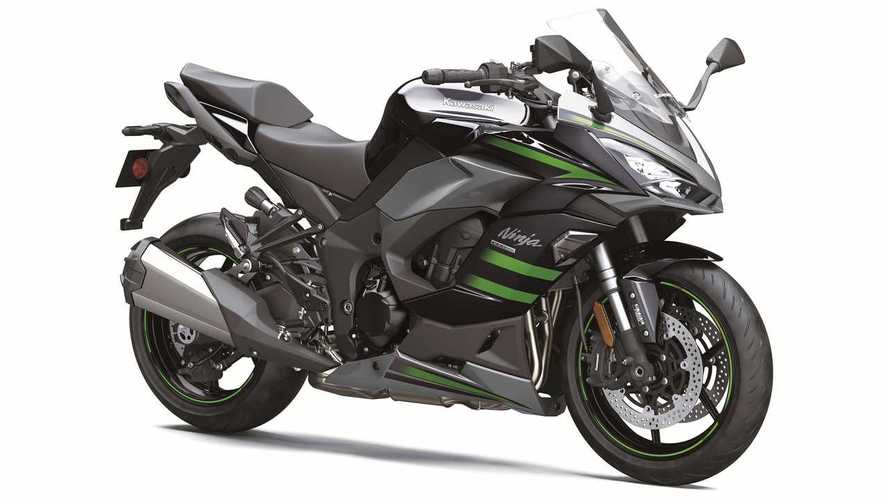 When Kawasaki confirmed its 2020 street lineup a few weeks ago, a number of staple models were missing from the announcement. The legendary Ninja 1000 was one of them which lead us to suspect the model was sent away to receive a few updates. True enough, the model’s absence from the green family was short-lived and Kawasaki took the stage at EICMA with a new and fresh-looking Ninja 1000SX.  It’s good to have you back, Ninja!

So what’s new for 2020? Quite a number of things starting with a new face. The Ninja 1000’s fairing was subtly reworked, showcasing a few minor line changes that only really stand out when you compare the previous and current model-year side by side. The two dual-tip exhaust pipes have been swapped for a single-sided, single exhaust unit, the windscreen has been redesigned for improved wind protection, and the pillion seat gives the bike’s tail-end an upswept look. The slight modifications made to the 2020 Ninja have allowed the model to shed a few pounds, now weighing in at 514 lb.

Behind the windscreen, the Ninja 1000SX receives a new TFT color screen that allows the rider to easily navigate through the four new riding modes (sport, road, rain, and rider (customizable))and the traction control modes. The system is also compatible with the Kawasaki Rideology smartphone app that not only records riding data but also allows the owner to change certain settings from a distance. Also new to the 2020 model-year is the electronic cruise control, making the bike more comfortable on longer rides.

The engine underlying the Ninja remains the same 1,043cc, inline-four we are familiar with but inside the block, a few changes were made. The cam profile has been modified to reduce running noise and cylinders one and four’s intake funnels are now shorter which helps reduce the bike’s emissions. At the back, the new single muffler is the last step of the new four-into-two-into-one exhaust system. The six-speed transmission mated to the engine is now equipped with Kawasaki’s proprietary up and down quick shifter.

With these upgrades, the new 2020 Kawasaki Ninja 1000 sheds a little more of its crotch rocket image to become more touring friendly. Prices and availability of the new model have yet to be announced.