The MV Agusta Superveloce Ottocento Added To The 2020 Family 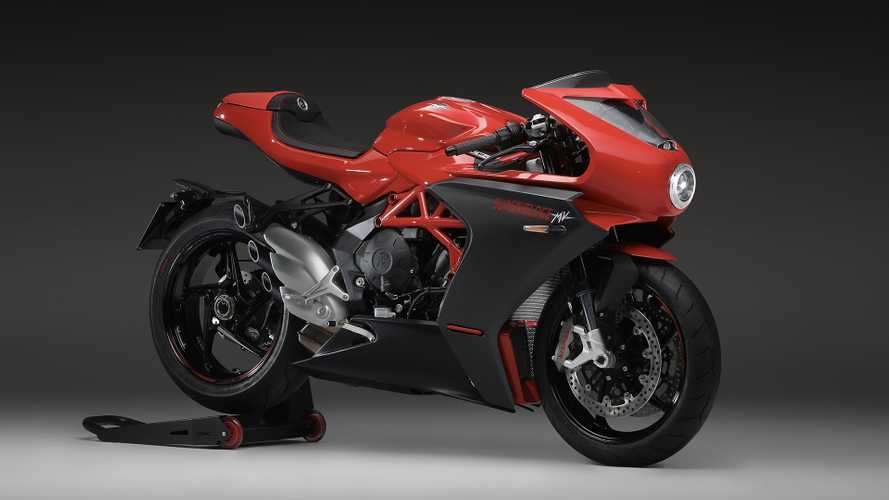 Not so limited anymore.

You might remember the Serie Oro MV Agusta released earlier in 2019. If the name doesn’t ring a bell, the racy teaser of the Superveloce Serie Oro showing a naked lady giving the limited-edition model some sugar should resonate like Liberty Bell the day of the reading of the Declaration of Independence. The admittedly incredibly sexy Superveloce model was initially launched in this super-limited edition that was the Serie Oro. The manufacturer has now made the model part of its regular production lineup. Meet the new 2020 Superveloce Ottocento.

Ever since MV Agusta showed the Superveloce 800 concept at EICMA last year, the design has become one of the sexiest, if not the sexiest bike of 2019. Unless you had the $30,000+ to put on one of the handful of Serie Oro the firm produced (it made only 300 units of it), you missed out on a chance to own the gorgeous model. Rejoice, plebians. The Superveloce has now been added to MV Agusta’s regulars. The bad news is that the price tag remains kind of steep (at least in Europe).

Look-wise, the Ottocento is just as gorgeous as the Serie Oro. We’re looking at the exact same bike with a few modifications to make it production-friendly. The new Superveloce is clad in your choice of a red and black or a white, red, and black livery instead of the limited-run version’ red and silver with gold accents scheme. The yellow headlight and windscreen have been replaced by standard clear components. The triple exhaust—with two pipes on one side and one on the other—has been replaced with MV Agusta’s standard three-tip unit. Ultimately, the Ottocento tips the scales at 381 lb—same as the limited edition.

The suspension set up remains the same with a 43mm Mazzocchi inverted fork at the front and an adjustable Sachs spring at the back teamed with a single-sided aluminum swingarm. The brakes are also carried over with a four-piston Brembo caliper up front with a 320-mm disc and a two-piston Brembo block at the back with a 220mm disc.

As for the engine, the Ottocento uses the same 798cc, three-cylinder mill as the Serie Oro, rated at 148 horsepower that can reach a top speed of 150 mph. Torque has been increased, however, to reach 72 lb-ft instead of 65.