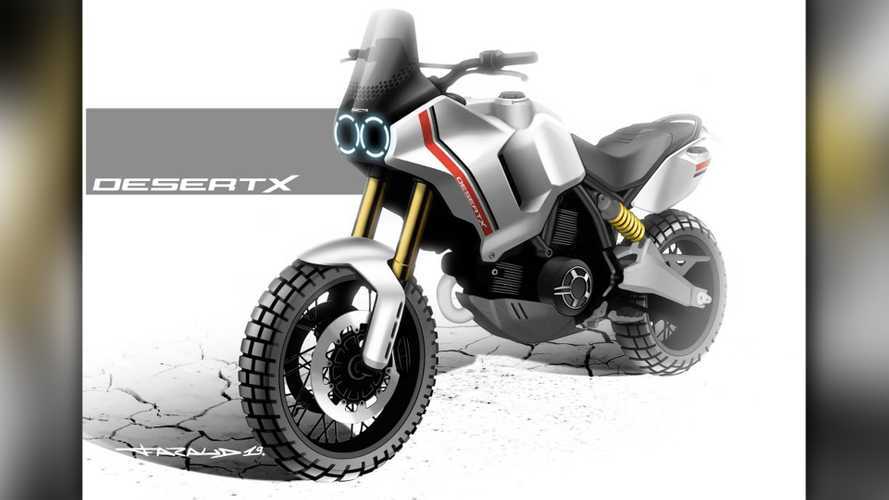 Please, Ducati, make it so.

There was quite the party in Rimini, Italy on October 23. While manufacturers from around the world showed their latest innovations in Tokyo, Ducati did its own thing and stole a little bit of the Japanese spotlight with its lineup announcement event. During the presentation, Claudio Domenicali took a moment to discuss not only the new 2020 toys but also future products the team is working on. Ducati wouldn’t be Ducati without a plan to expand the Scrambler family even further, right, so of course part of that plan includes two new Scrambler concepts.  We get to have a closer look at one of these two concepts, courtesy of Ducati’s designers.

So we know for a fact that the Borgo-Panigale firm is bringing the Motard and Desert X concepts to EICMA. What we know so far about the two projected models is that the Motard-inspired design will be based on the Scrambler 800 and the Desert X, on the Scrambler 1100.

Ducati has now shared another render of the Desert X concept for us to have a closer look at and it’s got me quite excited. The render is signed Faraud, for Jérémy Faraud, one of the Ducati designers behind the creation of the Scrambler so that looks pretty legit!

We notice right away the round dual headlight, a striking feature that we couldn’t see in the first render. The design suggests the use of two LED light pods. Is anybody getting Wall-e vibes?

The fairing merges into the gas tank, creating one uniform piece, decorated with vintage-looking racing stripes. Interestingly, in this second drawing, it looks like the gas cap is offset to the left rather than smack at the top of the tank. At the back, we notice the bright yellow shock. Like the gas cap, the spring is offset to the side but it’s hard to tell whether there are two (the first render doesn’t show a rear shock on the right side of the bike) or if it’s just a quirky choice of setup.

Of course, the step from render even just to concept requires quite the jump so there’s no saying what elements from the design will actually be carried over in the metal. We won’t have to wait much longer to see how the model will take shape as it is set to be unveiled at EICMA in a few days. I really hope this concept makes it to production, it would be a pretty rad addition to Ducati’s adventure lineup.