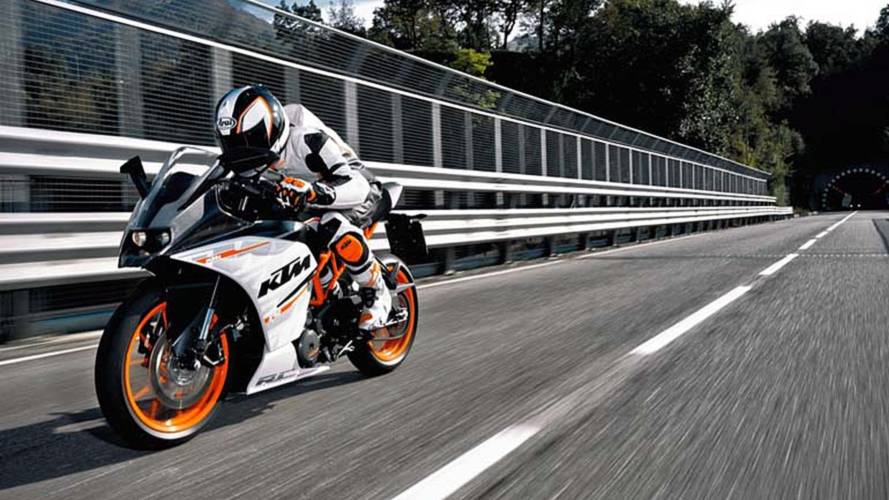 If you think KTM at EICMA 2019, you think 1290 Super Duke R. That’s the model the company has been teasing the most aggressively. While the Super Duke is getting most of the attention, chances are it won’t be the only model to show its colors on the Italian stage. What else will share the 1290’s spotlight? There are a few possibilities but according to an increasing number of sources, a trio of 390s could be it.

I Spy With My Little Eye:

We already know that Team Orange is at least working on a next-generation 390 Duke. It’s one of the many KTM test mules that were spotted in the past few months. Whether it’s coming at EICMA, we can’t say for sure but we know it’s coming. Considering the model introduced in 2013 has been running on the same platform since, despite a few upgrades done in 2017, the baby Duke looks about ready for a new generation.

The same can be said of the RC 390: the small sportbike is also part of the roster of models that was spotted being tested over the summer and the model introduced in 2014 hasn’t been touched since. For both the RC and the Duke, the timing seems about right for a thorough update.

The third bike a bunch of media is saying is also heading to EICMA 2019 is one we’ve been crying wolf over for a few years now. Already back in 2015, RideApart wrote about a 390 Adventure being put through its paces in India. That was four years ago. See any 390 Adventure listed on KTM’s Website? We don’t either.

There have since been a lot of “it’s coming now!” expressed over the past few years so of course, as the show approaches, it feeds fuel to the rumor (hopes?). The 390 Adventure isn’t just a figment of our collective imagination—a small-displacement KTM ADV has been hinted to by the folks at KTM and has even been spotted out in the wild. This isn’t a Big Foot kind of situation.

Will 2019 be the year we finally see the baby Adventure added to the lineup? I mean, we can hope for it.