Without Bells And Whistles, The 2020 Indian Challenger Now Available 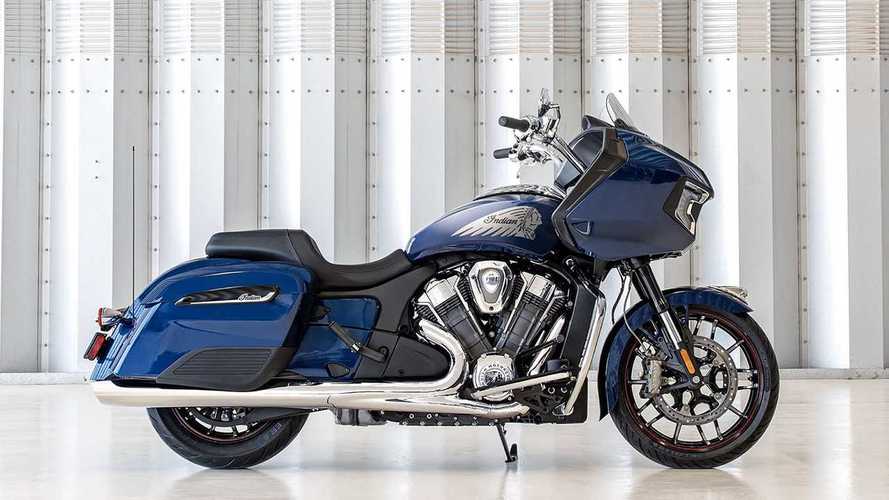 The wait is over. If you’ve been excited about the new Indian Challenger, it’s now up for you to check out on the Indian Website. Without any bells and whistles, the new bagger popped up on the manufacturer’s site. Amidst rumors that the model would be formally unveiled in Milan, this comes as a bit of surprise. A good one, of course.

Between the information released by Indian itself and all the leaked details about the new bagger, we already had a pretty clear portrait of the new model. Only a few days ago, Indian revealed all the details about its new engine, the PowerPlus, dubbed the company’s most powerful V-twin yet and first liquid-cooled large-displacement mill. The 1,769cc twin is rated at 122 horsepower and 131 lb-ft of torque. In the same release, the company confirmed the new mill would underline the equally new Challenger. Now we learn that the new PowerPlus mill is mated to a six-speed transmission with Gear Driver wet clutch.

The model's most noticeable feature is the ginormous fixed front fairing with the round headlight between LED brackets—a look consistent with the test mule that was spotted in April and in the Scout’s lineup pictures.

Instead of the classic, almost triangular fairings we usually see on American cruisers and tourers, Indian opted for a rectangular shape for its new design. Compared to the Chieftain it joins in the bagger segment, the Challenger’s silhouette is rounder and fuller. The lightweight aluminum frame is topped with a 6-gallon gas tank. Compared to the Chieftain, the Challenger  pretty much has the same proportions, if only slightly taller and 10-pounds heavier at 831 lb wet.

The front wheel is armed with two 320mm floating discs paired up with a set of four-piston Brembo radial calipers. The rear one uses a single 298mm disc with a two-piston caliper. ABS also comes standard on the model.

The gigantic fairing hides a 7-inch touchscreen that displays all the usual information and data, and allows the rider to select between the different riding modes available that include Rain, Standard, and Sport. The system can also be connected to a smartphone via Bluetooth. Other features keyless ignition, adjustable air vents, cruise control, and a power windshield.

The Challenger is offered in three trim levels: the standard Challenger, the blacked-out Challenger Dark Horse, and the fully-loaded Challenger Limited. The two higher trim level models add a few comforts, including the Smart Lean Technology that uses dynamic traction control, the ABS, drag torque control system, a Bosch IMU to optimize control in the bends, among other things.