Is BMW Hinting At The New F 850 XR In Its Latest Teaser? 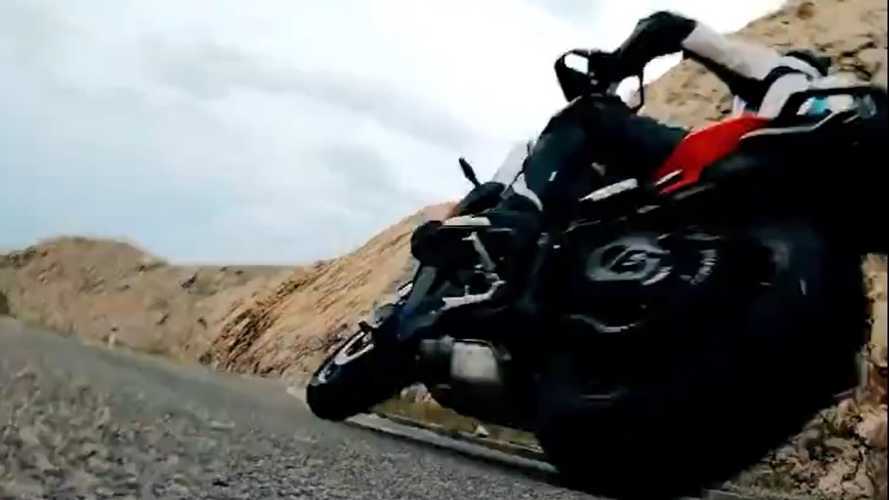 If you like subtlety you’ll love the latest EICMA video teaser from BMW. After the first one gave a tantalizing glimpse of some rear swing arm and a bit of cheeky onboard footage, this one gives a little more of a hint

BMW Releases A First Teaser Ahead Of EICMA
⠀

Suzuki's Second EICMA Teaser Is About A Bike This Time

There’s a flash of shape as the two bikes whip by, causing the camera to roll in the road before we see them disappear into the distance from behind. Thanks to the wonders of modern technology we can grab a quick frame that appears to show grab bars on the rear tail, at least a three-quarter front fairing with bodywork-mounted indicators, high bars, and what look like hand guards forward of the levers.

The entire setup is very “XR” at first—as in, S 1000 XR, BMW’s inline-four powered rocket ship sport tourer. However, here’s where it gets interesting. Speculation after the first video seemed to point towards an inline four. I disagree.

This engine, especially in this second clip, sounds throatier, rougher, and lower than a crisp, free-revving inline four. I’m thinking more parallel twin. For example the one fitted to the current F 850.

Rumors of a possible F 850 RS were triggered when the folks at ADVRider noticed a mention of one in a dealer catalogue so this could be that, but again the hand guards are more XR than RS.

As Sabrina noted earlier in October, we know that BMW is bringing four bikes to EICMA, but exactly what they are is more fluid. The production R 18 power cruiser is likely, and so too is a new S 1000 XR. It’s the new middle weight bikes that remain in flux.

At the end of the day, it’s nearly impossible to know exactly what BMW is teasing, just as it is hard to tell what Suzuki is teasing with their cryptic videos. I’m just glad we live in a world that makes it easy and fun to play about and guess.

All will be (finally) revealed when EICMA kicks off on November 5.