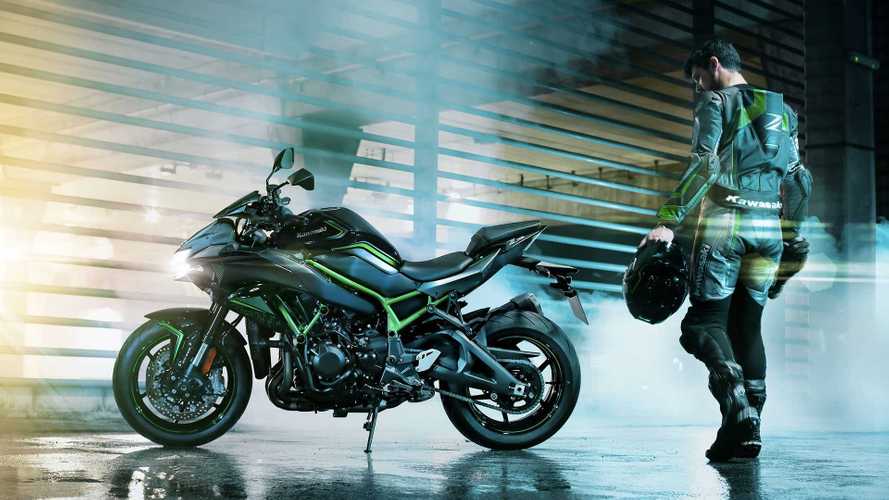 The H2 strips down.

Sportbikes are becoming increasingly bonkers. Thanks to the development of new technologies, companies are able to make insanely fast bikes available to a wider audience. The super and hypernaked segment is more furnished than ever with all the Monsters, MT-10s, and Tuonos out there. While Kawasaki’s Ninja H2 ranks at the top of the craziest hyperbikes out there thanks to its supercharged engine, Team Green had yet to launch a proper hypernaked model. That all changed when the company introduced the all-new 2020 Kawasaki Z H2.

Kawasaki took the Tokyo Motor Show by storm when it unveiled the super-hyped Z H2. The new hypernaked becomes the company’s new naked flagship, slotting in above the Z900—which might or might not come back for 2020. The new Z’s premise is simple: take the supercharged Ninja H2 and take the fairing off. What happens when you do that? You get a really interesting power-to-weight ratio.

Technically, the transition from fully-faired to naked is a little more elaborate than just stripping the fairing. The new Z is actually built on a chassis of its own and not a carry-over from the Ninja. It uses a trellis frame, coated in the brand’s signature metallic lime green paint. Also unlike the Ninja, the Z uses a double-sided swingarm rather than a single-sided unit—a more affordable option that allows (among other things) the Z to come in below the $20,000 mark.

Though the folds and lines of the design are reminiscent of the Ninja’s fairing, Kawasaki also injected some of its Z formula into the mix. Called Sugomi, Team Green’s visual language is meant to give the naked lineup a little something aggressive and “predatorial”. In the words of Kawasaki, “Sugomi is the embodiment of the spirit of a predator on the hunt.” The new Z H2 follows the same principle, though the dual headlight cluster crowned with the triangular windscreen looks more Alien than Predator.

Despite the nomenclature, the engine is pretty much the only thing the Ninja and the Z have in common. Of course, the Z H2 wouldn’t be an H2 if it wasn’t for its forced induction mill. The Z uses the same 998cc supercharged inline-four as the Ninja. Power is rated at 197 horsepower and 101 lb-ft of torque—the same at the entry-level Ninja H2, the SX SE+. The engine is mated to a six-speed up and down quick shift transmission. The Z is also lighter at 527 lb (though leaning on the heavy side for the segment).

The supercharged Z uses a set of Showa suspension with a SFF-BP inverted fork at the front and a single shock at the back. Stopping power comes from Brembo with two four-piston calipers biting into a 290mm discs at the front and a two-piston caliper pinching a 250mm disc at the back, mounted on a set of 17-inch star-spoke wheels (according to U.K. specs, Kawasaki North America has yet to confirm the specs)