Should You Ride A Liter Bike? 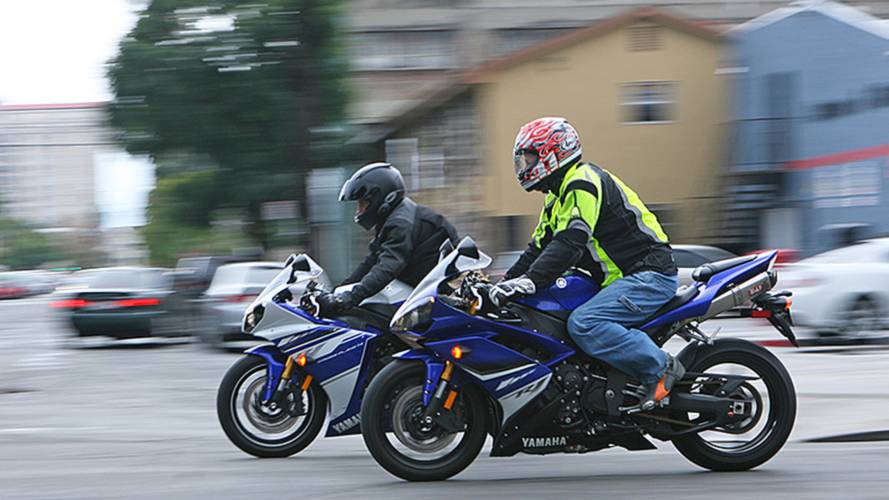 Do you want to?

Liter bikes are to the motorcycling world what supercars are to the automotive world. That’s why they’re called “superbikes”. Just like supercars, there are plenty of people who say nobody should ever take one on the street, ever, for any reason. The short story is: those people are wrong. The longer and more nuanced story is: those people are kind of wrong, some people shouldn’t ride liter bikes.

Is a Liter Bike Pure Death?

LOL. No. Where I’m from there are thousands of us who ran liter bikes as our daily rides, though mine was actually only a 929 and not a full liter. I ran that bike to work, to the grocery store, and to rugby practice on a daily basis for over a decade.

Your right wrist has a lot more control over the prodigious power of a liter bike than you might think, and most are far more forgiving and easier to manage than your buddies let you believe. There is an argument to be made that we daily riders are wasting these bikes, that we should track them and put them through their proper paces, and many have made an effort to do it regularly: but that still misses the point.

Not all dirt bikes get ripped on single tracks daily, or even at all. Not all adventure tourers are crossing glaciers. Not all Gold Wings are doing 4,000 mile iron butt runs, and that’s okay.

Just because a bike is designed for one particular purpose doesn’t mean not using it for that is wrong. In fact, any time you own any bike you’re helping our industry stay alive. So keep on doing it.

What Is A Leader Bike?

A leader bike is just a liter bike. The term only exists because someone misheard someone else say “liter bike” and repeated the error often enough online some people bought into it. I’ve heard people say that they’re called that because they “lead the pack” but that is a very long bow to draw. At the end of the day, people who call liter bikes, “leader bikes” are high on the list of people who actually should not ever buy one.

There’s also the matter of hyperbikes. Superbikes are no longer the flagship for many brands, and some would argue they haven’t been ever since the Kawasaki ZX-14R, Honda CBR1100XX Blackbird and Suzuki Hayabusa existed. Now we have wild, supercharged monsters like the Kawasaki H2, and for-the-street MotoGP weaponry like the Ducati Panigale V4 R.

So a liter bike isn’t even the biggest and baddest rig you can ride, and we need these bikes too. They’re what make a certain subset of teenagers and aspiring riders drool. They energize engineers and marketing departments, and sell magazine covers. If nobody buys them, they will disappear and die and that will be sad. Really sad.

Yes, But Some People….

There are some people who should absolutely not ride liter bikes. Those are people who don’t like them. People who have back or wrist injuries. Or, as we half-joking said before: people who refer to them as “leader bikes”.

If you’re a brand-new rider, I urge you to ride something else for a while first. Learn your skills, hone your craft, get comfortable with the standard issues motorcycle riders deal with before moving up. Definitely take some classes, too.

If you secretly think the only thing separating you from Rossi is an accent, a haircut, and a few million dollars, maybe you should think twice about buying a superbike for the street, and just get one for the track.

If you want to ride with your pillion passenger a lot (and only if you can’t convince them to get their own bike), then maybe get a second bike too. Being uncomfortable on a superbike is a given for the rider, but it’s a whole different world of hurt for a passenger.

Get To The Point

The answer to “should I ride XXXX bike” of any kind is this: Do you want to?

If you like a bike, if you can manage the rotation of your right wrist appropriately, and if you possess an appropriate amount of skill/sensibility, then you should buy whatever damned bike you want.