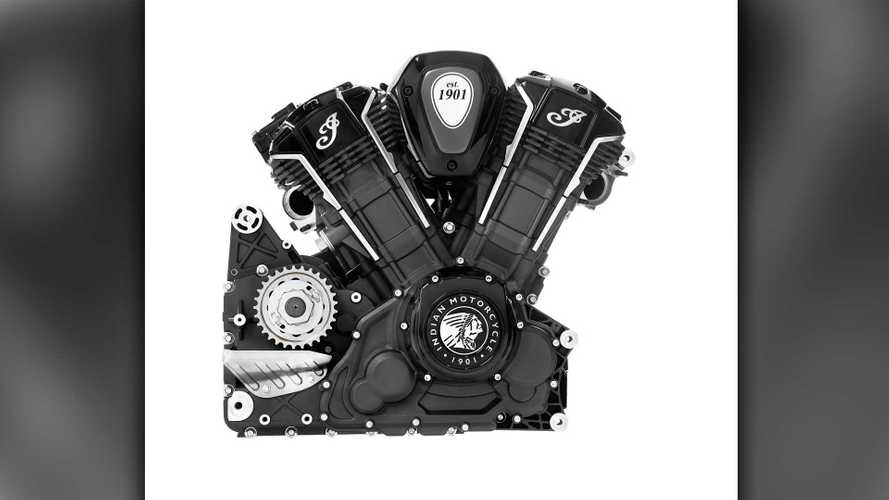 Oh! And the Challenger is coming, I guess.

We’ve been hearing about a new Indian engine for a while now. The rumor surfaced in the Spring when the test mule of a what looked like a new bagger was spotted, underlined by a new V-twin. The manufacturer officially confirms the addition of a new powertrain, dubbed the PowerPlus.

The Challenge Is Real:

The First Look At The Indian Challenger We Almost Missed
⠀

You’ve probably heard about the Indian Challenger at this point. The model was confirmed in a video leaked from the Indian dealers’ annual meeting. Aside from being an entirely new model to the Indian family, the Challenger also brings a new engine to the table. Surprisingly, instead of unveiling a new model, Indian did things a little differently and chose to unveil the engine underlying the new model first.

In comes the PowerPlus, named after a model Indian produced from 1916 to 1924. The company refers to its new V-twin as the most powerful in its class and its most powerful engine yet. The liquid-cooled 108 cubic-inch block (or 1769cc) sits at a 60-degree angle and its performance is rated at 121 horsepower and 131 lb-ft of torque with a redline set at 6,500 rpm. These performance figures position the new 108 block at the very top of Indian’s portfolio, superseding the company’s monstrous 116.

The engine’s design borrows a few features from the Indian Scout’s 1133cc mill, including the overhead cams and the four valves per cylinder layout. Everything else is new, apparently based on a former Victory design that never saw the light of day. The new engine is mated to a six-speed transmission with assist clutch and will be offered with three riding modes meant to adapt the engine’s response to the rider’s preferences.

In the same press release, Indian confirms the all-new Challenger’s impending arrival. The bagger has been spotted a few times over the summer, including in one of the official Indian pictures for the 2020 Scout lineup—sneaky sneaky. The firm doesn’t confirm when the new model is expected to launch. Guess we’ll have to be a little more patient to meet the Challenger.

MINNEAPOLIS (OCTOBER 22, 2019) – Indian Motorcycle, America’s first motorcycle company, raised the bar for American motorcycles today with the announcement of its most powerful engine to date, the PowerPlus. The all-new 1769 cc (108 ci), liquid-cooled V-twin delivers a class-leading 121 horsepower (90.1 kW) and 178 Nm of torque and establishes a dramatically new standard for American V-twin performance.

The PowerPlus will serve as the heart of the new Indian Challenger, an all-new, fixed-fairing bagger that utilises Indian Motorcycle’s state-of-the-art technology to become the highest-performing American V-twin ever developed. The new engine’s name is a nod to Indian Motorcycle’s iconic history, paying homage to the Indian PowerPlus motorcycle produced from 1916 to 1924.

“We challenge our engineers with the notion that anything less than best-in-class design and performance will simply not get it done, and it’s clear with this new engine that they have delivered on that high standard,” said Steve Menneto, Indian Motorcycle President. “Countless hours were spent in design, development and testing to ensure this is the best liquid-cooled V-twin ever developed, and I could not be prouder of our team and this incredible motor.”

The PowerPlus adopts several design and performance features from the liquid-cooled 1133 cc Indian Scout engine, including an overhead camshaft design utilising four valves per cylinder. But comparisons end there. The PowerPlus was developed with a big-piston, big-torque mindset with an end game of maximum power delivery across the entire curve.

The PowerPlus was tested, refined and proven by one of the industry’s most rigorous development and testing programs, accumulating over one million miles of simulated testing, including state-of-the-art dyno testing, and more than 250,000 on-road miles.

“You simply cannot deliver the ultimate bagger without an engine that stands head and shoulders above anything else in its class, and that was the motivation behind the PowerPlus,” said John Callahan, Indian Motorcycle Vice President, Engineering. “We developed the most sophisticated V-twin powerplant in the industry, and then we spent month after month, hour upon hour, putting it through the most intense paces to ensure it could take whatever we threw at it. The end result is something truly special.”

Riders can learn more by visiting their local dealership.