The Mystery Of The V-Twin Mierson Sprint Motor 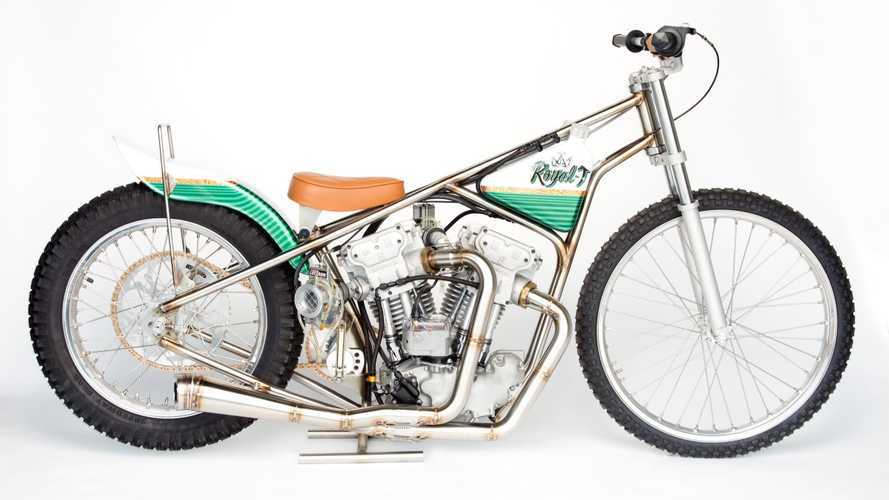 A mystery with a happy ending.

Way, way back in the late 60s, an Australian father and son duo named Clarry and Allan Miers raced sidecar speedway bikes. Unhappy with the performance of the old Vincent V-twin they'd been flogging around, they set out to develop their own proprietary mill. They took a Harley flathead crankcase and bottom end, developed their own cylinders, pistons, heads, and connecting rods, threw in a valvetrain made up of various parts from bike and Formula 1 engines, y voila! They slapped it in a lightweight frame and called it the Mierson Sprint Motor, a portmanteau of Miers and Son.

The new mill displaced around 1,000ccs, had a compression ratio of 15:1, drank methanol, and put down 160 horsepower in racing trim. It was absolutely bonkers. Its first season out, the MSM went undefeated, which caused Miers' competitors to completely lose their minds. Pearls were clutched, teeth were gnashed, garments were rent, and the Miers boys were forced to disassemble the engine in front of racing officials to prove, among other things, that it was only 1,000ccs. Of course, it was legal, and the Miers' championship stood. Much to the chagrin of everyone they beat.

Not long after, disaster struck. Some monster—my money's on a jealous competitor, but there's no proof of that—stole the Mierson Sprint Motor and just like that, it was gone. For five decades the Miers' high-po V-twin was lost to the mists of time, until it showed up, in all places, hung on the wall at Jesse James' West Coast Choppers shop.

Enter one Patrick Tilbury. Once a protege of James, Tilbury had struck out on his own and founded his own shop, Royal-T Racing in New Orleans, Louisiana. He and Jesse got to talking one day and the conversation turned to the mysterious V-twin on the wall. James filled Tilbury in on what little he knew of the engine's provenance, and Tilbury's interest was piqued. He bought the engine—at that point little more than a 1,000cc paperweight—and dove headfirst into researching it.

Over the course of the next few weeks, Tilbury dug up all he could about the MSM. Along with scraps of information here and there, he also discovered that Allan Miers was still alive and kicking over in Australia. Well into his 70s, Miers was flabbergasted when Tilbury rang him up and explained the situation. The old racer provided Tilbury with a wealth of technical info about the mill. Tilbury then passed that info on to engine builder Bill Combs of B&B Racing out of Metarie, Louisiana, who was brought in to restore the engine to its original spec.

As Combs labored away on the Mierson, Tilbury decided that he'd use it as the centerpiece of a custom bike for the Born Free show. Miers requested that Tilbury build a speedway bike for the Mierson, and Tilbury was more than happy to oblige.

"The proportions on this bike were my biggest challenge," Tilbury said. "Speedway bikes have a very distinct look and they have a cult following so if you don’t nail it, you will most likely hear about it immediately."

"The other challenge regarding this build was the motor looking at home in this style of bike," Tilbury continued. "The motor is large, like crazy big looking, and a v-twin speedway bike doesn’t really exist. I looked a lot at how speedway bikes mount their motors, how the frames are constructed and began building my frame. I made the frame from 304L Stainless Steel, I know that's not the typical material of choice for frames but for this bike I wanted the frame to be like a ring and the motor the diamond.

I used all speedway parts from the wheels to the layshaft assembly, everything is exactly what you would find on a speedway bike. The rake is 19 degrees and the wheelbase is 54 inches. My buddy Chris Moos of MoosCraft and myself knocked out all of the sheet metal work together, making all of the tins out of Aluminum."

Once the build was complete, Tilbury slapped on a paint job inspired by Newport cigarettes (no, really) and called it good. Miers and his wife Jean flew over from Australia for the Born Free show, and Miers once again got to see and hear the race-winning engine in action. How rad is that?

The Mierson Speedway Motor has since been sold and found a forever home with a new owner. There's no word of who the buyer is, but it does my heart a power of good to know it's still out there and still running.