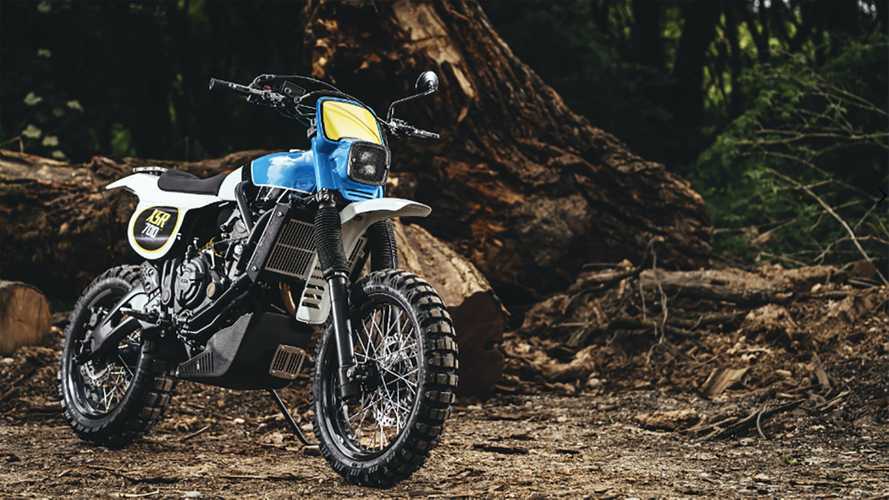 We spy with our little eye something yellow and blue.

Yamaha has that really neat project happening called Yard Built. In a nutshell, dealers and custom shops around the world get to share their design ideas based on current Yamaha models. Instead of factory customs, the company banks instead on the creative minds of builders to showcase its products.

Oh, The Fun Of Customization:

This Custom Scrambler Is The Royal Enfield We Really Want
⠀

The XSR700 is a mildly interesting model. The powertrain itself is decent and look-wise, both XSRs are meant to illustrate Yamaha’s version of the clash of modern and retro aesthetics. The result is a little underwhelming if you ask me, not that there’s anything wrong with the 700 and 900, but there’s also nothing that really stands out.

That’s until the bikes are put in the hands of some of the most creatives minds out there. The resulting customs elevate the XSR to a new level and give it the retro twist it deserves. One of these “Yard Built” projects was designed by Portuguese shops Capêlo Garage and Elemental Rides. Their vision turned the XSR700 into a delightfully vintage-looking dirtbike, inspired by Yamaha's suggested “Back to the Dirt” theme. While the original model doesn’t screen off-road, this version of it definitely does.

The idea behind this build is to showcase the 700 block’s potential, wrapped up in an off-road friendly package. The original engine and frame remain unchanged with only a few minor tweaks such as a new airbox. Everything else was modified and adapted to fit the new design’s purpose. Obviously, one of the first things we notice is the more aggressive suspension setup. The XSR’s original fork and spring flew out the window and were replaced with a 43mm Showa inverted fork and shock. The factory wheels were swapped for off-road-appropriate wire-spoke wheels.

The front brakes were replaced with Brembo caliper and an EBC disc, connected with new Teflon lines. To increase the custom’s trail capability, the ABS system was removed altogether. The shops designed a front cowl complete with a square headlight. The gas tank design was inspired by 70s dirtbikes, complete with a flat saddle. Fenders grafted from older Yamaha dirtbikes—including the front fender of a DT125MX—frame the new wheels and a luggage rack was added at the back.

The exhaust has been rerouted and replaced with a classic high-set pipes and muffler setup. The handlebar was swapped for a braced unit to match the custom’s off-road personality. The guys at Capêlo Garage and Elemental Rides shops even upgraded the battery to a new Lithium-ion block with Bluetooth connectivity. As for the color scheme, the teams drew inspiration from the Yamaha IT blue, yellow, and black livery. The custom model was dubbed XSR700 TT for “True Tribute”.

If you ask us, this is probably one of our favorite customs to come out of the Yard Built program.