Selling A Motorcycle: Parting Is Such Sweet Sorrow 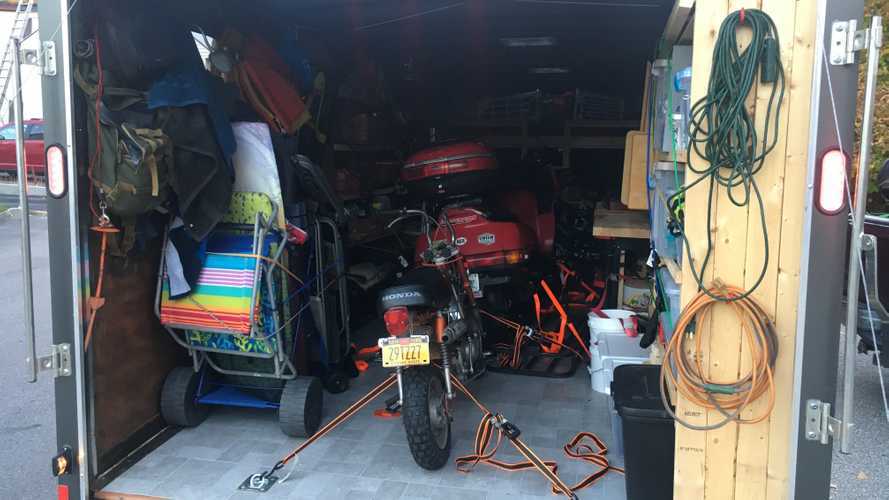 I'm happy for the new owner (and the money), but sad to say goodbye to an old friend.

This past week, I sold my Honda PC800, quite possibly the weirdest Honda. Its new owner was looking specifically for this model, and mine was the right one for him. The profit from the sale will repay the bank for my Kawasaki KLR 650, which is more appropriate to my current needs. While I'm happy about all of this, I'm still sad to see it go.

This bike has served as my trusty steed, on and off, for the past seven years. It's the longest I've ever owned a motorcycle, or any vehicle, for that matter. We had many adventures together, and while I still have all those pictures and memories, the PC800 adventure itself is now over.

Riders have a much closer relationship with their motorcycles than drivers have with their cars, I think. A former roommate of mine used to call his Honda Civic his non-autonomous subway. Many drivers view their cars this way, with no more passion or interest than a microwave oven. It's no wonder so many people are looking forward to having autonomous cars.

You can't ride a motorcycle and not develop a personal connection with that machine. I don't care what you ride—every motorcycle has personality (some more than others), and you get to know it as a friend. Even as a car enthusiast, I develop a closer bond with my motorcycles than with my Subaru WRX. That doesn't just go for bikes I own, either. I really got to know the Springfield that Indian loaned me at Sturgis. Heck, I even got to know Kate's Suzuki SV650 quite well during a group day trip she loaned me the bike to use yesterday.

When designing the original Miata, Mazda used the philosophy of "Jinba ittai," which means "horse and rider as one." I've owned three Miatas, and I'd say Mazda got this right. The Miata is the closest car I've ever driven to a four-wheeled motorcycle. A true motorcycle doesn't even have to try, though. You can't help but merge with the machine, working together as one to hustle down the road or trail. It's the very nature of the motorcycle itself. Some make fun of the Honda Gold Wing, or even my PC800, as being nothing more than a two-wheeled car, but that's simply not the case.

So when it comes time to part with a bike, it's essentially ending that partnership. When I saw my... I mean, his PC800 strapped down into that trailer, I felt like I was saying goodbye to an old friend. While I'm enjoying my new adventures with my KLR and looking forward to many more, I'll always have a soft spot for the adventures I had with my Tupperware treasure, the PC800.