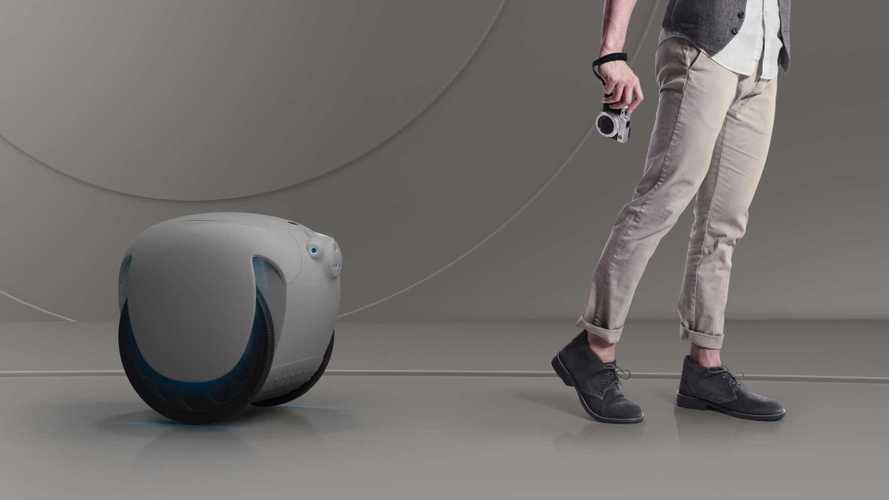 Piaggio is best known as the chic Italian company that builds scooters like the Vespa. An offshoot of this company, Piaggio Fast Forward, has been working on a somewhat different kind of two-wheeled motorized vehicle: a robot known as Gita that follows you around and carries your stuff. Science fiction is about to become a reality when the Gita goes on sale next month.

We first covered the Gita last year, and it seemed to be a pretty neat idea. Basically this little device (I'd name mine R2-D2) is a funky looking storage compartment on wheels. Most of it is empty space where you can store up to 40 pounds of books, action figures, beer, or anything else you want to carry. Then you pair Gita, not to your phone, but to yourself. Gita has cameras that see 360 degrees around it, enabling it to keep an eye on you wherever you go. When you move, Gita moves with you, bringing your stuff along without encumbering you. When you get where you're going, open Gita up, take your stuff, and away you go.

This may seem like a toy for someone who simply doesn't want to carry their own stuff, and indeed, Piaggio Fast Forward's marketing reinforces this. It's all about bringing autonomous mobility beyond the vehicle and to individual people. The keyword here is "mobility." While Piaggio Fast Forward doesn't mention it, imagine how huge a help Gita can be to someone who doesn't have full mobility on their own—someone in a wheelchair, on crutches, using a walker, etc. Their hands aren't available to carry stuff, so Gita would be an enormous help in this case. I remember how much a co-worker struggled to carry her laptop, lunch, and everything else into the office when she was on crutches after breaking her ankle last winter. If she'd had a Gita, all of her problems would've been solved. This is an opportunity that Piaggio Fast Forward should look into.