Can You Ride A Motorcycle In A Kilt? 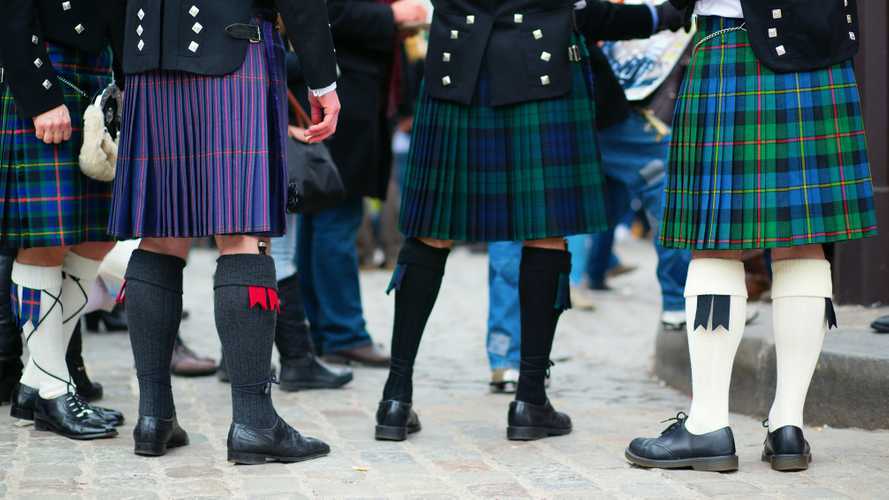 If you can, should you?

I try to balance being a proponent for ATGATT (All The Gear All The Time) while still allowing others to live their own life. Yes, I personally won’t ride farther than across a parking lot without the full crime fighting getup, but I try to let people make their own choices. That’s why this is a particularly interesting question. Someone wrote in to the YouTube channel USA Kilts & Celtic Traditions to ask about wearing a kilt while riding a motorcycle.

Lad, I Don't Know Where You Been But I See You Won First Prize:

Scotland Gets Strict With Bike Thieves

Unsurprisingly, they vote no if you’re doing any sort of aggressive riding, but do state that they do know lots of people that do it for parades and events of that type. The obvious concern is safety. Road rash, in a kilt worn in the “traditional” fashion, sounds just horrifying. I’d prefer to never have any sort of skin grafts, but there are certain regions of my body where I imagine that would be worse than others.

Another concern they raise is with the kilt itself getting tangled in the bike's wheel or chain, and they claim to know someone that this happened to. Now, it’s been a while since I’ve worn a kilt, and I’ve never done it on any sort of bicycle or motorcycle, but I can’t really see how that’s possible. Kilts do indeed have a lot of fabric (up to eight yards), but they stop at the knee. If your knee length garment is caught up in the chain of your motorcycle, you’re either no longer wearing it, so just let it go, or you’re no longer on top of the motorcycle, and your clothing being caught is kind of the least of your concerns at that point.

They do also broach the subject of the kilt flapping up in the wind, which could be a cause for concern, depending on your level of confidence and the laws of public decency. So if you decide to wear one for some type of charity ride, make sure that the fabric is properly tucked to keep things in order, and be careful.