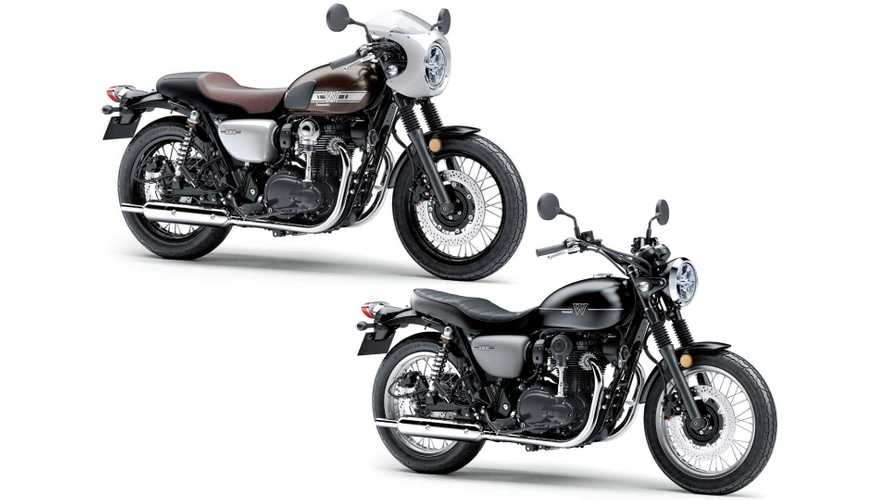 Those Italian guys at Kawasaki sure talk a lot!

There are currently two versions of the newly upgraded Kawasaki W800 offered on the global market. In the US, we only have access to the Café version. Other markets such as Canada and Europe also have the W800 Street, a delightfully retro-looking model without the racing cowl. Rumor that a third bike based on the W800 is in the works surfaced in early August and it looks like there’s truth to it.

In an interview with Motociclismo, Kawasaki Italy director of sales and marketing Sergio Vicarelli has once again openly discussed Kawasaki’s big plans. A few weeks ago, his colleague Technical Director for Kawasaki Italy Giovanni Poli and him confirmed that not only is the Green Team working on an electric motorcycle but it’s also developing a four-wheel motorcycle.

When probed about a third W800 variant, Vicarelli told the Italian publication that Kawasaki is in fact "preparing an addition that we will see at EICMA" (no “new W800 version” mentioned word for word but considering the context of the interview and of the journalist’s question, it seems kind of obvious).

Motociclismo asked specifically about a possible scrambler version but Vicarelli didn’t confirm what shape the new model would take (though between the Street and Café, a scrambler would be a logical addition to complete the trio).

In addition to confirming the impending arrival of a new model, the director also confirmed that the company is working on yet another retro-inspired model expected to launch in the upcoming years. There’s no say whether this one will be added to the Z900 or the W800 family.

Team Green has a few tricks up its sleeves with two models set to be unveiled at the Tokyo Motor Show followed by three others heading to Milan for EICMA. We already know of the ZH2 launching on October 23 in Tokyo. With the new W800 confirmed for EICMA, the pieces of the puzzle are slowing falling into place. The other models we suspect to see in Tokyo and Milan include the new Ninja 1000, Z650, and Z900.