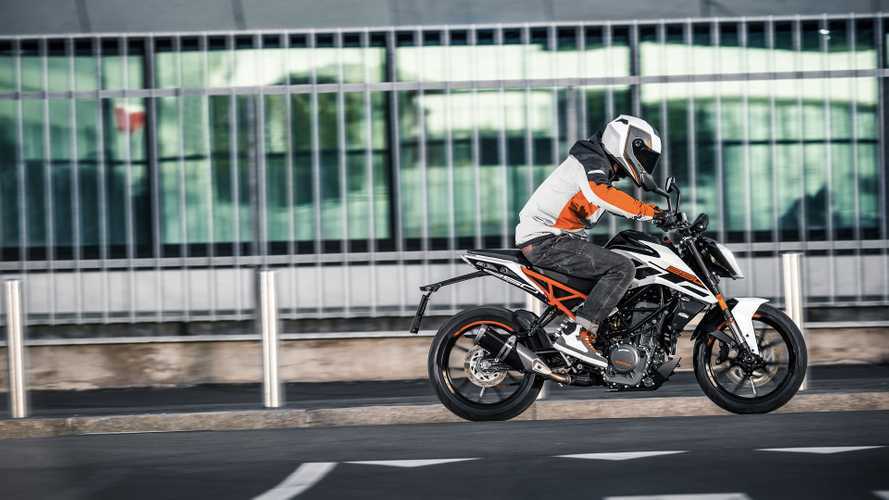 More small-displacement KTMs in the works.

So for a while, manufacturers seemed to follow a “bigger is better” trend with their adventure bikes. Think Africa Twin, R 1250 GS, Multistrada 1260, etc. Bigger engines and bigger bikes everywhere! It looks like 2020 could be the year of the downsizing with a number of companies working on mid and small-displacement ADVs. KTM is the latest to join the list with what could be an all-new 250 Adventure.

Baby KTMs In The Works:

The bike was spotted being tested in India and pictures were shared by ZigWheels, which you can check out here. According to the Indian outlet, the baby adventure bike spied on the road is a 250 and not the 390 KTM is expected to launch at EICMA.

The 390 Duke and RC have been spotted earlier this year being tested, hinting at an overhaul of KTM’s small-displacement models. The 390 Adventure would be a new addition to the Orange lineup which would nicely fill the gap in the brand’s low-range ADV offering. The addition of a 250 would strengthen the brand’s low-end lineup, while also providing a wider variety of affordable options.

ZigWheels pointed to a few components suggesting the test mule is a 250 rather than the rumored 390, including the halogen headlamp (a cheaper alternative to LEDs) as well as the non-adjustable front fork. Other features include a luggage rack, 19-inch and 17-inch front and rear wheels, and an updated muffler which is expected to make the 250 Euro 5 compliant. KTM already has a 250 engine on hand, used in the 250 Duke. Considering the brand has a tendency to adapt most of its powertrains to different sauces, throwing the 250 in a baby ADV isn’t off brand.

With the flock of 390s supposedly heading to 2019 EICMA, the 250 could be a later addition to the KTM lineup, possibly coming for 2021. We will likely know more about KTM’s small-displacement lineup at EICMA should the 390s be unveiled.