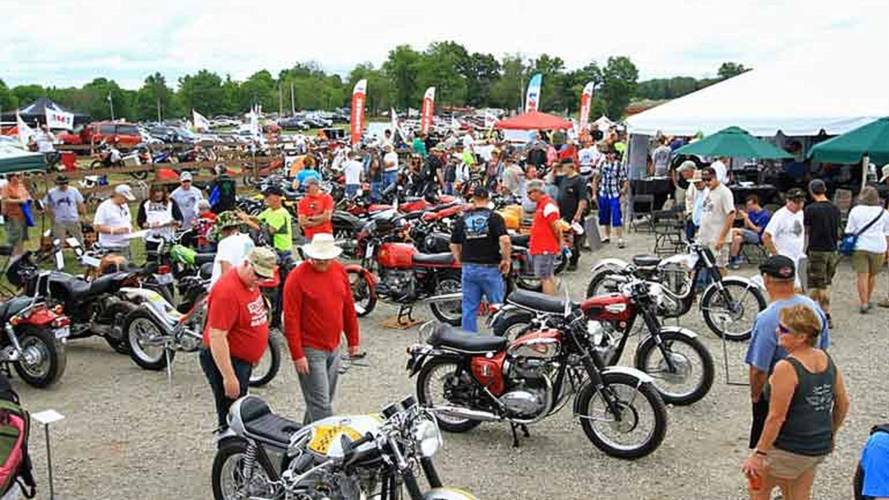 Be excellent to each other.

Motorcycles are better today than they ever were. There are more styles, more types, and they are easier to ride with every passing month. This should be a golden era for bikes, riders, and our sport on the whole. Manufacturers are focused on bringing new riders, and especially young riders into our folds with product, and yet the floodgates haven’t yet opened.

No matter what the OEMs do to reinvent the image of our sport, we keep bogging down in the same tired old tropes. Editor Jason Marker said it perfectly, “Motorcycling isn't cool anymore. It's something dreadfully square that your dad (or worse, your granddad) does.” I think that people have turned away from motorcycles for a lot of reasons—insurance, expense, competing passions, etc. I also think a lot of people who would have stuck around didn’t, and it’s our fault.

Whether its motorcycle shows that still promote the scantily-clad women as ornaments bit—which alienates a lot of women, some men, and most children—or the gruff, dismissive way most “real bikers” respond to newbs, we seem to find ever more effective ways to turn people off our shared passion.

It’s hard, because those grizzled old blokes with white beards and patched shirts were the heart and soul of motorcycling for many, many years. When we see bike shows that are 100 percent about that sort of rider and person though, it turns off a large part of our population.

There’s the criminal and, frankly, racist undertones of lots of motorcycle subcultures to contend with too. Not to mention the way we’re all so damned high and mighty about our view of our sport and industry. (For the record, the irony of that sentence opining pontificating while I am pontificating is not lost on me).

There’s a Facebook group I’m in where folks who love doing track days talk about their track day experiences and generally share their love of being on a bike going fast. At least once a week someone who races comes in and says something along the lines of, “Yeah well track days are lame real racing is super great and you all suck for being lamo track day riders when some of us are super awesome racers why don’t you lamos come race!” It’s attitudes like that which help isolate our sport further and further.

Same with people who poo-poo electric motorcycles. There will be a massive group of people who will come to our sport because they like electric bikes. Some for the style, some for the relative ease of riding, and yes, some who like the environmentally friendliness of the whole thing. Wouldn’t you rather those people be around, buying helmets and gear and helping contribute to the economy of scale? So why do we say things like, “those aren’t real bikes!”?

Here’s the rub: motorcyclists are by and large passionate. We care about the type of machine we ride, the type of machine you are riding, how you ride, and why you ride. All the little synapses in our brains are wired to like a certain engine note, a certain seating position and a certain attitude. We are not well understood by the general public, which makes us even more prone to forming cliques and adhering to clichés.

Some of those cliques and clichés make our sport seem alien and hostile to other people. Whether it’s women who want to ride without being leg-humped by all of us when they get off their bikes, or young kids who don’t know a lot and don’t like being laughed at when they ask questions on Facebook, we need to be more mindful about opening our doors and our hearts up to what manufacturers like to call “motorcycle intenders”.

That means getting rid of the mean-spirited “jokes” on t-shirts and badges at bike shows. It means thinking carefully about the message models and brand ambassadors send to young girls and women about their place in our sport. It means being a little more politically correct (i.e. "treating people with respect" -JM) in the ways we promote our sport.

More riders is more better. Period. If we want to entice more people to our sport we all (this writer included) need to be more careful about how we represent ourselves to a curious-but-wary new audience.

Oh, and make sure you wave at every kid you see. Start ‘em young.