Are Those Pictures Of The Uncrating Of The New Kawasaki Z H2? 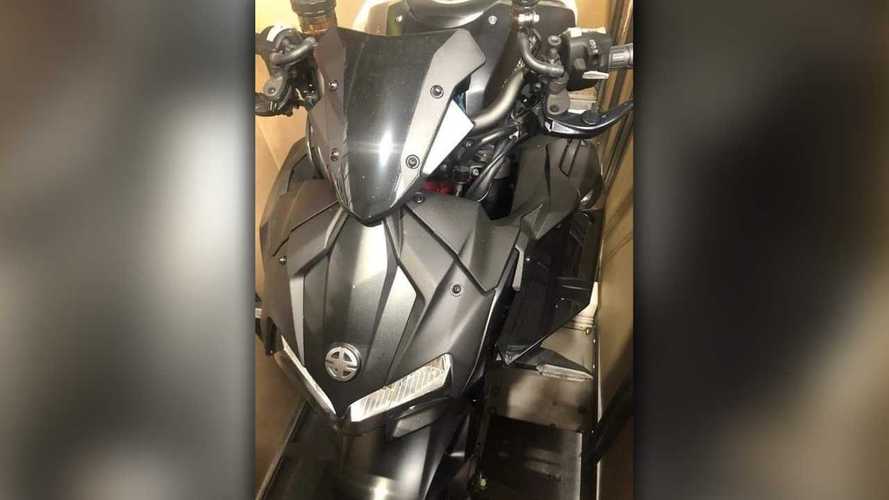 Well, well, well. What do we have here.

Nowadays, it’s extremely challenging for a manufacturer to keep a model entirely secret. The Internet gives everyone unlimited access to endless amount of information. If you know where to look, it’s not hard to dig out the deets about the most highly anticipated new motorcycles of the year. While it’s rare for one of the Japanese giants to be victims of leaks, they are not entirely immune to them. For instance, pictures of one of the most hyped Kawasaki model coming up have now surfaced from the depths of the Internet.

Several media outlets have started shared the same three pictures of what looks like Kawasaki’s new supercharged hypernaked model. The manufacturer has been teasing the bike for a few weeks now and gradually unveiling more details about it, leading up to its premiere at the Tokyo Motor Show on October 23.

No source is cited for the pictures so we’re treading carefully, but at first glance, it looks like the real deal. The pictures were likely snapped in the pits of a Kawasaki warehouse in Japan, possibly in preparation for the show.

The pictures very clearly show the model’s quirky and aggressive cowl composed of a headstock with dual headlight, crowned with a visor worthy of a xenomorph, sporting the H2’s stylized logo. The front shot also shows the massive side panels, possibly air intakes, protruding from the bike’s flanks.

At the back, the tail is branded Z H2—no clue confirming whether the new Z will receive the Ninja’s 998cc inline-four or a modified supercharged block. A shot from the top of the bike also shows what looks like a new TFT display.

We’ll get the full picture on the opening day of the Tokyo Motor Show coming up in a few weeks, but this confirms that fans of hypernaked bikes have a lot to look forward to.