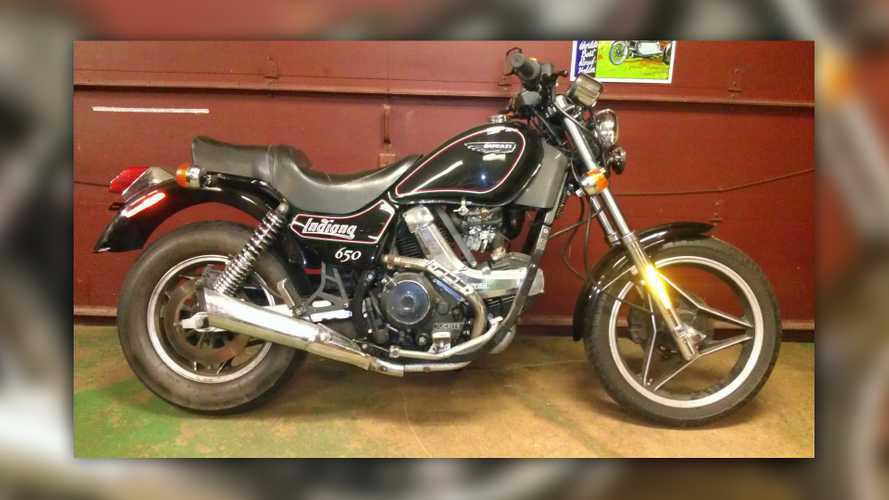 Once upon a time, Ducati produced engines that were used on other companies’ sportbikes. One such company was Cagiva, which ended up eventually buying Ducati outright. One of the resulting motorcycles was called the Ducati Indiana, a funky and unpopular bike whose short production run makes it a true rarity today.

Cycleweird: The Ner-a-Car Is The Bike That Could Have Been

In the early 80s, Ducati was on the rocks. Its government-backed owners were ready to get out of the motorcycle game and shut down the company altogether. Thankfully, Giovanni Castiglioni's Cagiva swooped in and purchased the brand. Ducati had already been providing engines for the Cagiva, so the marriage made perfect sense from a business standpoint.

One bike that came out of the new joint company was the Ducati Indiana, a Cagiva-designed motorcycle that sported a 650cc Ducati mill. The Indiana's Ducati-sourced 649cc, SOHC L-twin produced 43 horsepower. That’s not all that much power, but it was plenty for the bike's trim curb weight of just 453 pounds. Those power and weight numbers helped make it one of the quickest bikes of its time.

Though several of Ducati’s other bikes saw sales success, the Indiana struggled to get traction in the market. It was a little too far out for mainstream buyers at the time and was too expensive to really catch on with most cruiser buyers. Actually riding the bike was difficult, too, as the 31-inch seat height and oddly-placed footpegs made for a weird riding position that wasn’t comfortable. Ultimately, the bike was a commercial failure and production ran for just one model year.

Despite its exotic Italian roots, the Indiana looks pretty much like every other non-Harley cruiser from the mid-80s. There's a lot of Honda Shadow in its lines, and if you squint real hard you can see some Yamaha Virago and Suzuki GS-G-series DNA in there, too. If you'd like to grab your own piece of weird Ducati history, we found an Indiana for sale in Cadillac, Michigan. The price is pretty steep, but it might be worth it just for the novelty factor.