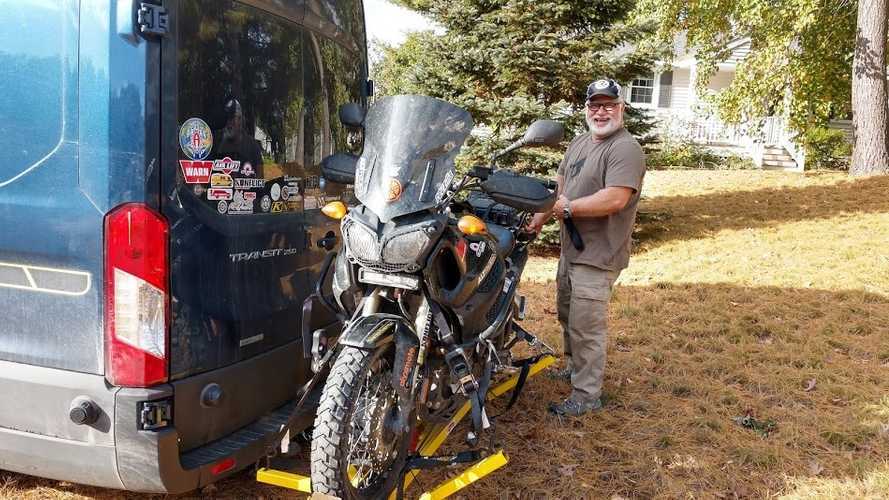 You can do it, you just need a plan.

Lots of us fantasize about quitting our jobs, selling all our stuff, and riding our motorcycles around the world. Who among us have actual, tangible plans to do that, and who has actually done it? I am here to tell you: it’s possible, I know the guy, and yeah, you do need to plan.

Everyone is different, and we all have a different idea of what “home” should look like. Glen Comeaux, originally of Lafayette, Louisiana, is living the life most of us only ever dream about. Glen relocated to the Pacific Northwest, and a few years ago he helped found (and still moderates) the largest online group of Super Tenere owners in the US. There aren’t very many of us, so getting us all together like that is kind of a feat.

That’s his launch point. More than that, though; he is on all kinds of adventure rider sites and in social media groups, and uses those connections to meet up with people all over the United States. He timed this past weekend perfectly to roll through New England to see the colors of autumn up here, and I got to host him and take him for a ride around my beautiful stomping grounds.

Glen says he gets a lot of questions about how he does it, but that the biggest one is “how do you make money on the road?” The answer to that one is, most of the time, you don’t. He was in the armed forces for most of his life and is, by all accounts, having a pretty good retirement. Save your money, kids!

Since weather happens, and as our bodies get older camping full-time is rarely a realistic option, he bought himself a Ford Transit van and had it kitted out as a camper. His Super Tenere sits, quite a lot of the time, on a hitch carrier on the back of that van.

That's Not Any Old Hitch Carrier.

You may react as I and most other people do, when they hear “hitch carrier” and “Super Tenere” in the same sentence. And you’re right: most hitch carriers (and hitches) will not carry a bike that heavy. The carrier is a special design (custom made by Joe Hauler) and has been reinforced; the frame of the van is also reinforced such that all of the weight is not solely on the hitch.

Follow him on Facebook; you can also find his blog at “Tenere Across the USA” and let your jealousy fuel your own plans. Work hard, save your money, then quit your job, spend the best years of your life touring the whole country, sleeping in your very own van (seriously, that thing is super nice inside), and park for free in the driveways of multitudes of friends you didn’t even know you had yet.

There are so many ways to do it, and his way is just one. Your own preferences and logistics will dictate your own needs. Maybe you’re part of a couple, which means two bikes will need to go into a trailer. Maybe your dog will need to come with you. No matter how you want to do it, you can make it work. The biggest hurdle is figuring out life around your motorcycling: where you’ll sleep every night. Right now, Van Life is looking pretty fantastic to me!