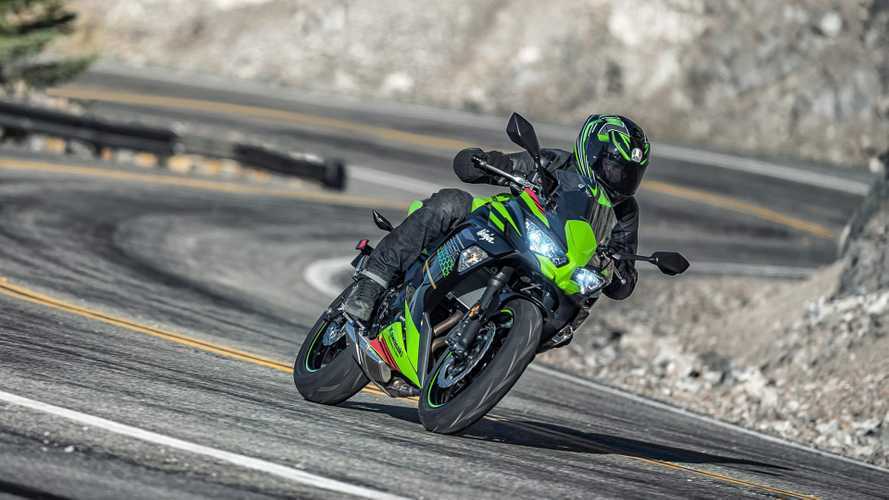 A few weeks ahead of EICMA, Kawasaki dropped its 2020 street bike lineup, which includes a redesigned Ninja 650. The upgrades include a fresh new face and a flock of technologies. Here’s everything we know about the new 2020 Kawasaki Ninja 650.

All The New Toys:

Kawasaki has sent one of its sportbike staples back to the drawing board and for 2020, we are treated to a refreshed Ninja 650. The fairing has been updated, starting with a new set of dual headlights, matching the aesthetic introduced on the Ninja 400 and ZX-6R.

The bike’s nose is longer, with sharper edges, ending on the now-characteristic mandible-like ledge. The new LED light cluster is topped with a narrower and taller windscreen. The fairing’s side panels have also been redesigned with more intricate lines, giving the 650 a more elaborate and aggressive look. At the back, the pillion has been reviewed as well, now with a taller “backrest” portion for the rider. Its overall proportions remain untouched, keeping the same footprint as it predecessor and tipping the scale at an easy-to-manage 425 lb.

The 650’s 17-inch circles are now wrapped in a set of new Dunlop Sportmax Roadsport 2 tires. The wheels are mounted on a 41-mm telescopic fork at the front and a preload-adjustable shock at the back, carried over from the 2019 model. Also unchanged are the brakes, a pair of dual-piston calipers with 300mm petal discs ahead and a single-piston caliper with 220-mm disc behind. ABS remains optional.

Underlying the new Ninja is the same 650cc parallel-twin engine used in the previous model. Performance numbers remain unchanged, with an output rated at 67 horsepower and 48.6 lb-ft of torque.

One of the biggest additions for 2020 is the new 4.3-inch TFT display with smartphone connectivity via the equally new Rideology app. Like a number of manufacturer-specific app, Rideology allows you to consult a number of specs, including riding logs, routes traveled, call notifications, and even customize your display.

The upgraded 2020 Kawasaki Ninja 650 is priced at $7,399 for the non-ABS model and at $7,799 for the ABS-equipped one. The basic model is offered in Metallic Spark Black and Pearl Blizzard White while the Ninja 650 KRT sports the team’s usual lime green color scheme.